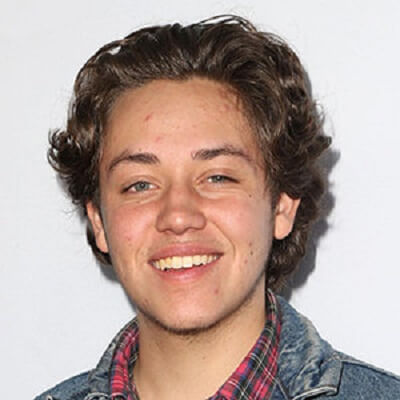 Ethan Cutkosky is in a relationship with actress Brielle Barbusca. Barbusca is an actress well-known for her work in the Wonder Pets, The Starter Wife, and Hope & Faith.

The couple started dating in 2015. The couple celebrated their anniversary on 29th August 2016. However, recently, they have deleted each other picture’s from their social media accounts. This led to rumors saying they have broken up. However, none of them have confirmed their break up.

Who is Ethan Cutkosky?

Ethan Cutkosky is an American actor. He is well-known for his work in ‘Unborn’, ‘Shameless’, ‘Conviction’, ‘Law and Order: Special Victims Unit’. Cutkosky has been given the nickname, ‘One-Take Barto’ as he tries to get every shot in just one take.

Ethan Cutkosky was born as Ethan Francis Cutkosky on August 19, 1999, in Geneva, Illinois. He was born to parents Yvonne(mother) and David Cutkosky(father). As of 2019, his age is 20. He does not have siblings.

For education, he went to Saint Charles East High School.

Ethan started doing photo ads and commercials at the age of four. Cutkosky got his acting debut in ‘Fred Claus’ in 2007 where he played the role of Carl. The film was a Christmas comedy and starred Vince Vaughn. A couple of years later, he played the role of Barto in the horror film ‘The Unborn‘. In that film. he got a chance to share the screen with Gary Oldman. A year later. in 2010, he starred in the thriller, Conviction.

In 2011, he got his breakthrough as an actor. He was cast as a child of the Gallaghers in the popular series, ‘Shameless’. He has portrayed the role of a troublesome kid, who later shares a special bond with his father who is the lead character of the entire series. The show was ten season in total. His performance as Carl in the series has made him very popular and well-respected. The protagonists of the series are portrayed by Emmy Rossum and William H. Macy.

The filmmakers he has worked with have always praised him for following the directions perfectly. The director of The Unborn was also impressed with him as he could give an expressionless face without any efforts.

Ethan Cutkosky has an estimated net worth of around $1 million. However, he has not revealed his salary.

An average salary of an American actor is around $60k.

On November 6, 2017, he was arrested in Los Angeles for Driving Under Influence. The police pulled him over for unsafe turning movement, unsafe speed,  and lane straddling. However, they also smelled marijuana which forced them to arrest him for DUI.

He was arrested and later released. After some time, all the charges for DUI were dismissed.

He stands at a height of 5 feet 5 inches. Similarly, he weighs around 59 kg. He has dark brown hair and green colored eyes.

You may also like to read the Bio, Career, Education, Net Worth, Social Media, Relationships, Controversies, and much more about Gary Oldman, Emmy Rossum, and William H. Macy.