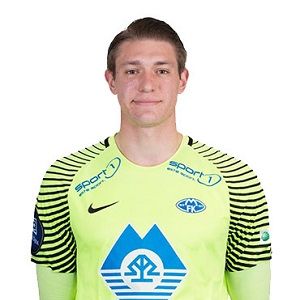 What is the relationship of Ethan Horvath?

Currently, Ethan Horvath is single. There aren’t any rumors regarding his past or present girlfriend, affair, and relationship.

He has managed to keep himself out of any news relating to the relationship. Besides this, he is focused only on his professional career rather than concentrating on his personal life.

Who is Ethan Horvath?

Ethan Horvath is a professional soccer player, who represents the United States. Currently, he is playing for the Belgian club Club Brugge.

Previously, he has played with Norwegian professional league club Molde from 2013-to 17. Besides this, he has also appeared on the United States U20 and U23 national sides.

As his family was keen on soccer, he started to play soccer at the beginning of his childhood. Talking about his education, he attended Arapahoe High School and trained with the U.S. Soccer Development Academy side, Real Colorado.

As a youth, he began his career with Real Colorado from 1999-to 2012. Ethan began his professional career by signing with the Norwegian club Molde in 2013. On May 16, 2015, Ethan made his debut for Molde.

In the first season for the club, he conceded just 31 goals. Moreover, Ethan was at his best in the 2015 Europa League where he was also awarded the man of the match against Ajax.

Ethan switched to Club Brugge, a Belgian club on a four-and-a-half-year contract on January 3, 2017. He had made five appearances for the side. Ethan has been on the United States national team since U-14.

As a youth, he represented his country as U20 and U23 player as well. Furthermore, he was shortlisted for the 23-man United States national team for the Copa America Centenario in 2016. Ethan earned his first international cap on October 7, 2016, against Cuba.

As a professional soccer player, Ethan is earning a healthy amount of salary from his club. However, there is no information regarding his net worth.

As of now, Ethan hasn’t won any awards. Although, he is delivering his great skills in the soccer world. Shortly, he will grab some awards.

Is Ethan Horvath involved in any rumors and controversies?

As of now, there aren’t any rumors regarding his personal and professional life. Ethan Horvath has never been a topic of controversy to date.

He has managed to take himself out of any controversy. His dedication to his profession is too high that he didn’t even stick to any problems.

Furthermore, he has brown hair and his eye color is also brown.

Moreover, there is no information about his other body measurements.