Etika had not talked about his relationship openly in the media. He had always kept his personal life secret. But sadly he had died from this world. There is information that said that he was dating Christine Cardona.

Before dying he had uploaded a video of him saying sorry on his channel on June 20, 2019. Then after 5 days on the morning of June 25, the NYPD and emergency medical services had recovered the body and confirmed his death.

The following day the officer confirmed that the cause of death was suicide by drawing. But his ex-girlfriend actually said that he died on 22 June 2019. 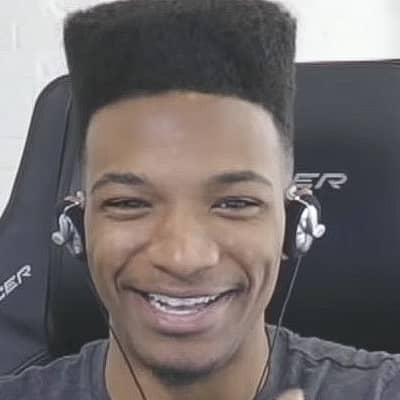 He is known for making reaction videos to Nintendo Direct presentations and had also hosted the official Etika merchandise on etikaworldnetwork.com.

Desmond Daniel Amofah is his birth name was born on the date of 12 May 1990 in Brooklyn, New York City, US, and passed away on 22 June 2019. Amofah grew up in the United States so he also holds American nationality.

He was born to Owuraku Amofah who is a Ghanaian politician and lawyer from Kibi, Ghana, and Sabrina Amofah.

He also had an uncle named Nana Akufo Addo who served as President of Ghana since January 2017. Amofah had many brothers and sisters among them Randy Amofah is his older brother who dies because of an asthma attack.

For one year, he attended the public school Shell Bank Junior High School. Amofah was removed from that school for getting into conflicts with other kids.

Amofah then attended Urban Assembly School for Law and Justice SLJ, a small law-themed college preparation public high school, which he graduated in 2008.

He also attended the SLJ reunion 10 years after graduating. He was at the Free Food Mafia club when he was studying there.

Career as Model and rapper

He was a model and rapper who released an independently produced mixtape called Written Ice in 2007 under the alias Iceman.

He began modeling in 2011 and continued to do so till 2015. He was also the owner of the Model Mayhem website.

Etika also mentioned that he was a fan of the Sonic the Hedgehog series, therefore he revealed in a tweet that the name was inspired by that series back in 2003.

He has had a YouTube channel called TR1Iceman since 2006, but in 2012 he started a new one called EWNetwork to publish his gaming and response videos.

In 2018, his primary channel had over 800,000 subscribers and also on Twitch Channels, and within months, his second channel EtikaFRFX had over 130000 subscribers.

His majority of videos were only about Nintendo. Super Smash Bros was his most famous reaction. Masahiro Sakurai is the most popular follower on his second channel.

His most recent reaction was to the introduction of Banjo and Kazooie in Super Smash Bros.

He was also an anime lover, therefore he made live streams about the manga JoJo’s Bizarre Adventure, Phantom Blood, and Battle Tendency, in which he provided commentary.

Later that year, he renamed his channel Young Ramsay after being inspired by chef Gordon Ramsay. In 2018, he held a webcast in which he dressed up as Santa Claus.

Etika received the best reaction award at the 2018 and 2019 editions of Super Smash Con. There is not much information available about him receiving nominations and awards.

Before he died he used to earn a net worth of $44million as of 2022. He used to earn money from his career as YouTuber. He has not shared his annual salary per year.

He was involved in a number of scandals. In 2018, he posted pornographic content to his channel EWNetwork, which resulted in the channel’s closure.

Then he created a second channel, EtikaFRFX, which was similarly removed in 2019 when he released sexually explicit content. In the same year, he was banned from Twitch for using inappropriate language.

He posted on Twitter about his wish to kill himself the year before his death. He was hospitalized as a result of his tweet, and his former girlfriend Christine Cardona cared for him.

Daniel was 6 feet 6 inches tall and his weight was 62 kg. Etika had a fair complexion with black hair and black eyes.

There is no information available about his body sizes like hips, and waist sizes.

However, his body size was 34 inches and his bra size was also 34 inches.

He was also active on social media with a huge fan following. He has 424k followers on Instagram, on Twitter he has got 349.9k followers and 11.2k tweets, and on Facebook, he has 3419 people fans.

Where is YouTuber Desmond “Etika” Amofah? Etika goes missing after a cryptic video on his YouTube channel!

All about the Youtuber Niana Guerrero along with her brother Ranz Kyle. Her hobbies, career journey, pranks and much more!