Basketball coach Ettore Messina is married and a father of two.

Messina is married and has two children. According to the sources he has a 24-year-old daughter who is graduating college in Venice and his son is going to do an exchange program for three months, which will cover most of the season with him. Yet, he hasn’t revealed his wife and his children’s name in any source. 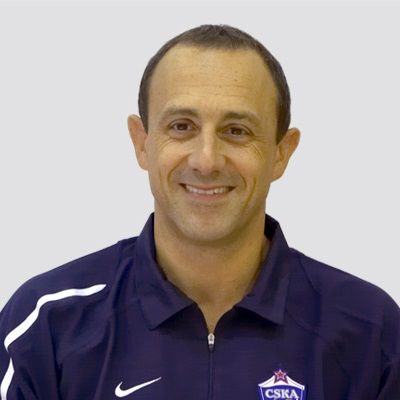 Who is Ettore Messina?

Ettore Messina is an Italian professional basketball coach. He is the head coach of Olimpia Milano of the Italian Lega Basket Serie A (LBA).

Ettore has won four EuroLeague championships as a head coach. Ettore is well-known as one of the best European basketball coaches of all time.

Ettore Messina is 59 years old. He was born on  30 September 1959 in Catania, Italy. He belongs to Italian nationality. There is no information about his family, siblings, and ethnicity.

Ettore Messina won the Italian Cup and also the second-tier level European-wide league, the FIBA Cup Winners’ Cup, in Florence, in the 1989–90 season. In 1999, 2001, and 2002, Ettore added three Italian Cup titles, two Italian League championships to his trophy case in 1998 and 2001.

Messina joined CSKA Moscow in 2005. Then, he led the team to the EuroLeague 2005–06 season title. CSKA won the EuroLeague championship again under Messina on 4 May 2008. During the 2008–09 season, he resigned from CSKA immediately after leading them to a Russian Championship and the EuroLeague Final.

Furthermore, on 18 June 2009, he was announced as the new head coach of the Spanish League club Real Madrid. Messina resigned as their head coach in March 2011 after Real Madrid suffered several poor performances. Moreover, Messina was hired by the San Antonio Spurs as an assistant coach on 15 July 2014.

On 7–8 March 2016, he again served as head coach for the Spurs for two games. Messina temporarily took over the head coaching duties of the team in their playoff series versus the Golden State Warriors on 19 April 2018. In addition, on 11 June 2019, Messina signed a three-year contract as the new head coach and president of basketball operations of Olimpia Milano.

As a head coach, Ettore has won four Euro League championships. Ettore won the Italian Cup and also the second-tier level European-wide league, the FIBA Cup Winners’ Cup, in Florence, in the 1989–90 season. In 1993, He also won the Italian League national championship 1993. In Addition, during his second stint at Virtus, he coached the team to win the first-tier level European-wide EuroLeague trophies, in both the 1997–98 and 2000–01 seasons.

Ettore has an estimated net worth of $25 million as of 2022. There is no further information regarding his monthly income and salary.

There is a rumor that the future of Mike James is still not clear in Olimpia Milano.

Ettore Messina has large, attractive, brown eyes and he has a dark brown hair color. There is no further information about his body measurements.