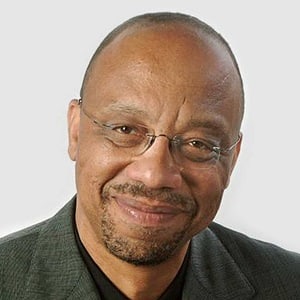 Eugene Robinson is a married man. He is married to Avis C. Robinson. There are no details available about the exact date of their wedding.

The pair has two children together, Aaron Eugene Esq., and Lowell Edward.  Their marriage is going strong as there is no news regarding any extramarital affairs at present.

Who is Eugene Robinson?

Eugene Robinson is an American newspaper columnist. Additionally, he is an associate editor of ‘The Washington Post’. In 2009, he won a Pulitzer Prize.

Robinson was born in Orangeburg, South Carolina on March 12, 1954. He was born Eugene Harold Robinson to parents Harold and Louisa Robinson.

He is of American nationality. Furthermore, he belongs to an African-American ethnic background.

Eugene Robinson began his career in journalism at the San Francisco Chronicle in 1976. Additionally, in 1980, he joined ‘The Washington Post’. Soon, he became the assistant city editor and foreign editor. Furthermore, he appears frequently as a liberal political analyst.

He has appeared on MSNBC cable-TV network’s programs including ‘PoliticsNation with Al Sharpton’, ‘Morning Joe’, ‘Hardball with Chris Matthews’, ‘The Rachel Maddow Show’, and ‘Countdown with Keith Olbermann’ among others.

Robinson has also authored three books namely, ‘Disintegration: The Splintering of Black America’, ‘Last Dance in Havana: The Final Days of Fidel and the Start of the New Cuban Revolution’, and ‘Coal to Cream: A Black Man’s Journey Beyond Color to an Affirmation of Race’.

Furthermore, Robinson is the President and CEO of Washington Metropolitan Scholars. In addition, he is a member of the National Association of Black Journalists.

Robinson won the 2009 Pulitzer Prize for Commentary. He has not revealed his current salary. Furthermore, there are no details available about his estimated net worth.

Robinson has not been part of any notable controversies in his career. At present, there are no rumors concerning his life and career.

Talking about his body measurement, there are no details available about Eugene Robinson’s height and weight. His hair color and eye color is dark brown.

Robinson is active on Twitter. He has over 355k followers and has tweeted more than 1.9k times. However, he is not active on Instagram and Facebook.