Eugene is an American Wrestler who is best known for winning the Tag Team Championship with William Regal in 2005.

Eugene has been married to his longtime girlfriend Stephaine Fischer who is former TV host and anchor. She met him during an interview. After in relationship for a few years they first got engaged in the year 2009 and finally tied the knot in November 2015. Since then they are going well their married life. 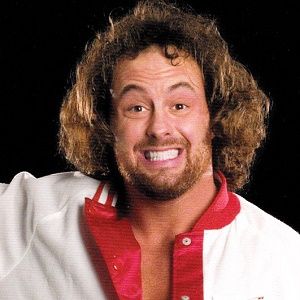 that's the first match I ever saw. I thought it was the coolest thing. I told anybody who'd listen, 'That's what I want to do when I grow up.'

"I started wrestling in '96 at Danny Davis' little school in Jeffersonville. I got on Channel 3 (WAVE-TV) and thought I'd made the big time. Then, I started wrestling a little bit with the WCW when they were still around and I thought, 'Man, I'm on top of the world.' Then, I signed a developmental contract with the WWE in 1999. Now this. Pretty amazing."

Eugene is an American Wrestler who is best known for winning the Tag Team Championship with William Regal in 2005. Furthermore, he was a ten-time Heavyweight Champion in the Ohio Valley Wrestling League (OVW).

Eugene was born as Nicholas Dinmore on December 17, 1975, in  Jeffersonville, Indiana, USA. He is of an American Nationality and his ethnicity is unknown. Talking about his family, early life and education, there is no information and he hasn’t spoken or revealed on it yet.

Eugene’s Career, Salary and, Net Worth

Eugene started his wrestling career in 1996 from the United States Wrestling Association. However, he was successful in Ohio Valey Wrestling where he held the record ten times the OVW World Heavyweight Championship. Later, from 2003 he then contracted with WWE from 2003 and made his debut on April 5, 2004, on the episode of RAW. During his three years of successful career at RAW, he won the only title, the Tag Team Championship with Wrestler William Regal in November 2004.

After that, he drafted to SmackDown on 2007 where he fights for major titles but never ended on winning side. This adds another misery when he found positive on a drug test and released from WWE on September 1, 2007. Then he was seen on various other independents wrestling competition such as Juggalo Wrestling Championship (JCW), Independent Circuit, OVW and returned to WWE SmackDown for a shorter period. Now he is working as a coach in the  Midwest All Pro Wrestling at South Dakota from 2015.

He has earned and collected a huge amount of salary and he has an estimated net worth of $2 million as of 2022.

Back in 2007, he was fired by WWE in 2007 when he was found positive in a drug test. Besides, this there is no rumors and controversy surrounding him and his life.

Eugene stands 6 feet tall and weighs around 103 kg. He has light brown hair and black eyes. Furthermore, there is no information regarding his other body measurements such as biceps, waist, shoe size and chest.