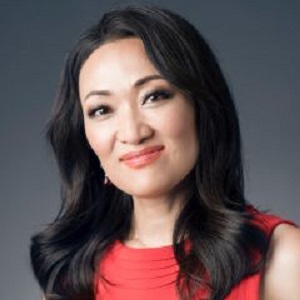 What is the relationship of Eunice Yoon?

Eunice Yoon is currently single. Also, she has neither linked with anyone in the past nor in the present.

She is currently busy with her career and she might not have got enough time to be in a relationship. I hope, she will find the perfect one very soon.

Who is Eunice Yoon?

Eunice Yoon is an American television journalist. She is currently working as a China Bureau Chief and Senior Correspondent with CNBC based in Beijing.

Also, she hosts the monthly program ‘Inside China’ for the network.

Eunice holds American citizenship and her ethnicity is Korean American.

She achieved her Bachelor’s degree in Arts and honors in Political Science from Brown University in Providence Rhode Island.

Eunice Yoon is currently working as CNBC’s Beijing Bureau Chief. She joined the network in November 2012 to deepen CNBC’s coverage of China.

In addition, she hosts CNBC’s monthly program ‘Iside China’. She reports business as well as the economic headlines from China to provide her viewers with a clear analysis.

Previously, she worked with CNN International, and then she worked for eight years as an Asia Business Editor. Similarly, she worked as a Correspondent based in Beijing.

During her stay in Asia, she documented the rise of China and how it influenced the global economy. Likewise, she reported on the transition of power between President Xi Jinping and also Premier Li Keqiang’s administration.

Moreover, she also investigated the wave of protest triggered by the government crackdown on the activists in the wake of the Arab Spring and grassroots discontent.

Furthermore, she studied the complicated relationship between China and its neighbor North Korea. Also, she reported for the Canadian Broadcasting Corporation, YTN of South Korea, and Voice of America.

Her reports made based on the Asian tsunami in 2004 won the prestigious DuPont Award.

In addition, she won a New York Festival, Silver Medal, in 2014 and was nominated several times for the Asian Television Awards.

She must have earned a decent sum of money from her journalism career however, she has not disclosed her exact net worth, salary, and income.

She has been successful in maintaining her personality and she has kept herself far from unwanted rumors, controversies, and rumors.