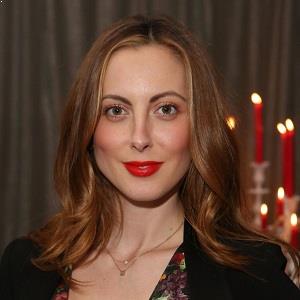 The great thing about acting is that you get to be a lot of different things in one lifetime. You get to explore different personalities and characters.

My parents have always said, 'You'll be so unhappy if you're no more than your career, that it's important to get out there and do things other than just your career.'

If an actor is bored, then they are boring to an audience. I definitely don't want to ever be that.

I actually wanted to be an astronaut, but I don't have a mathematical brain.

Who is Eva Amurri?

Eva Maria Olivia Amurri Martino, commonly known as Eva Amurri Martino is an American film and television actress. She has appeared in films including ‘Mothers and Daughters’, ‘The Secret Life of Marilyn Monroe’ and ‘The Winklers’ among others.

Eva was born in New York City, New York on March 15, 1985, to parents Italian director Franco Amurri and American actress Susan Sarandon. Additionally, she also has two half-brothers, Jack and Miles, on her mother’s side.  She became interested in the world of acting since her childhood years. She is of American nationality. Furthermore, she belongs to a mixed ethnic background of Italian, Sicilian, English, German, Irish, and Welsh.

Eva initially appeared in ‘Bob Roberts’ in 1992 and ‘Dead Man Walking’ in 1999. In 1999, she appeared in ‘Earthly Possessions’, and ‘Anywhere But Here’. In 2001, she appeared in TV series ‘Friends’ as Dina.  Since then, she has appeared in numerous other movies and television series. All in all, she has over 30 credits as an actress.

Some other movies and television series that Eva has appeared in are ‘Undateable’, ‘How I Met Your Mother’, ‘Guilty’, ‘New Girl’, ‘Stag’, ‘AmeriQua’, ‘The Mindy Project’, ‘Guys with Kids’, ‘That’s My Boy’, ‘The Doctor’, ‘Isolation’, ‘Fish Hooks’, ‘Childrens Hospital’, ‘House’, ‘Mercy’, ‘Californication’, ‘Possible Side Effects’, ‘Middle of Nowhere’ and ‘The Life Before Her Eyes’ among others.

Eva won the Young Artist Award in 2003 for ‘The Banger Sisters’. Furthermore, she also garnered the nomination for Best Actor in L.A. Comedy Film Festival and Screenplay Competition.

Eva has not revealed her current salary. However, she has an estimated net worth of around $ 5 million at present.

Eva became part of a controversy after she took to Instagram to confront those who criticized her after she revealed a night nurse she employed to care for her infant son fell asleep and dropped the baby, cracking his skull. At present, there are no rumors concerning Eva and her career.