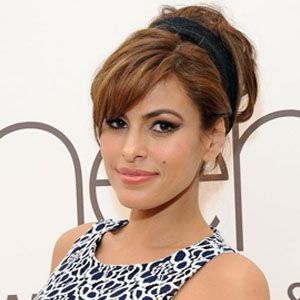 I love every aspect of being a woman. I believe you should celebrate who you are.

I might act like it's an accident but the opposite is true. I'm incredibly calculated when it comes to my career.

When people write lies about you, and you know that they are lies, that means that they don't know the truth.

Eva Mendes was in a relationship with Peruvian filmmaker George Augusto for almost nine years from 2002 to 2010.

She began dating Ryan Gosling since 2011. The couple is not married, but they have two daughters.

Who is Eva Mendes?

Eva Mendes is an American actress. Eva is also a Model and Business Woman. She is best known for her role in movies such as ‘2 Fast 2 Furious’, ‘Ghost Rider’, ‘Training Day’, ‘Stuck on You’, ‘Hitch’ and ‘The Other Guys’.

Besides these Eva is also a designer, she designs a fashion collection for New York & Company.

She was born on 5 March 1974 in Miami, Florida. She was born to parents Eva Pérez Suárez (mother) and Juan Carlos Méndez (father). Eva was raised by her mother in Los Angeles after her parent’s divorce.

She had two brothers Juan Carlos (1963–2016) and Carlo, and a sister, Janet. Her mother worked at Mann’s Chinese Theatre, later she worked for an aerospace company. Her father ran a meat distribution business. She is an American by Nationality and holds a Cuban ethnicity.

Eva’s educational background shows that she had completed her higher school education from Hoover High School, which was located in Glendale.

She joined California State University, Northridge where she studied Marketing. Later Eva dropped out the university in 1997 to pursue her acting career.

She began her professional acting career from her first film Children of the Corn V: Fields of Terror. Eva hired an acting coach to improve her acting performance. Later she appeared in movies like  A Night at the Roxbury, My Brother the Pig, Urban Legends: Final Cut, and Exit Wounds.

She has a breakthrough role in the crime thriller movie Training day. After her success, she appeared in the movies All About the Benjamins, 2 Fast 2 Furious, Once Upon a Time in Mexico Out of Time, and Stuck on You. She played the female lead in the 2005 film Hitch.

Then she starred  The Wendell Baker Story, Guilty Hearts, Trust the Man, Ghost Rider, We Own the Night, Live!, and Cleaner, The Spirit, Bad Lieutenant: Port of Call New Orleans, The Other Guys, Last Night, Fast Five, Funny or Die.

Eva was nominated in ‘Imagen Foundation Awards’ in the category ‘Best Actress – Feature Film’ for her work in movies like The Place Beyond the Pines, Girl in Progress, Ghost Rider. Also, she has been nominated for Teen Choice awards multiple times.

Eva Mendes’s Net Worth and Salary

This actress has a net worth of $15 million. She hasn’t disclosed any information about her salary.

As per the rumors, there was a news about Eva and her boyfriend Ryan Gosling break up.  Some sources claimed that the couple is breaking up their relation due to Eva’s jealousy over Ryan’s “La La Land” co-star Emma Stone.

Later the rumors turned out to be false. According to gossipcop.com, both the couple are having a strong relationship and there is no such news about their separation.

Eva Mendes has a height of 5 feet 6 inches. She weighs 56kg. She has a Dark Brown hair and Dark Brown eye.

Being a famous American actress, Eva is active on different social sites.