Posted on November 22, 2022 | Published By: Gracie Hale | In Married , Relationship
Share this 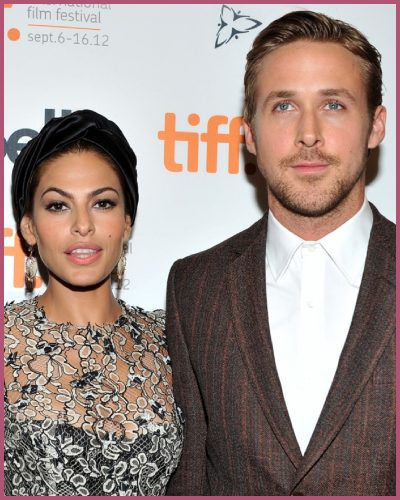 In a recent interview, Eva Mendes is seemingly confirming her rumors that she may have secretly married her long-time boyfriend Ryan Gosling. The two have been dating for over a decade and their relationship status remained vague until now.

However, the 48-years old model is now gradually conceding her possibility of being hitched to the Canadian actor Ryan Gosling. Mendes recently made an appearance on Australia’s Today, on Tuesday, November 17 where he referred to Ryan as her ‘Husband’.

The Hitch star gushed about her boyfriend when she was asked if she’s enjoyed living in Australia. She stated,

“I’m loving it here, My husband Ryan is here, the ordinary fellow that you were talking about. Our children are here. We’re having the best time”

Eva and Ryan are presently co-parenting their two daughters Esmeralda, 8, and Amada, 6.

Well, this is not the first time, Medes has subtly dropped a clue while addressing her relationship status these days. Last time, she proudly flaunts her new tattoo that reads ‘de gosling’ on her inner wrist which evidently indicates she is hinting at their marriage.

Married women in Hispanic culture will frequently add their husbands’ names to their own using ‘de,’ which means ‘ofo in English.

Similarly, she addressed the speculation about her relationship with Ryan on The Kyle and Jackie O Show in early November. When co-host Brittany Hockley simply asked,

“There’s a rumor that you guys might have secretly tied the knot. Is that true?’

“But who says we weren’t already?”

Further, she has sparked speculation about her engagement to Ryan on several occasions by wearing a ring on that finger, however, the two have never spoken about their engagement and marriage.

Eva Mendes is an American actress. Eva is also a Model and Business Woman.

Besides these Eva is also a designer, she designs a fashion collection for New York & Comapny. See more…