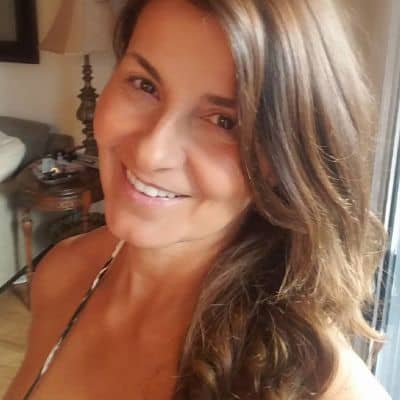 Eva Tamargo is in a love relationship with Don Franklin Jr. Don is a well-named American actor who is known for Sniper, Insecure, and SEAL Team.

Previously, she was in a married relationship with Michael Lemus. The coupled tied the knot in 1985. Their wedding took place in a secret manner in front of their close family members and friends.

The former couple has two children, Matthew Tamargo and Gabriella Tamargo. However, they ended their long 18 years relationship and separated in 2003.

Who is Eva Tamargo?

Eva Tamargo is a well-recognized American actress, producer, and writer as well. Tamargo is best famed for her role as Pilar Lopez- Fitzgerald on the NBC daytime soap opera Passions(1999-2008), and as Celine Gonzales in the Oprah Winfrey Network primetime soap opera The Haves and the Have Nots.

Eva Tamargo was born on 24 December 1960. At present, her age is 60 years old. Likewise, her birthplace is Brooklyn, New York, the USA.

Eva is the daughter of her father, Agustin Tamargo whereas her mother is Rosalba Napoles. her parents were Cuban immigrants. Professionally, her dad was a Cuban journalist. Moreover, it is known that she has no siblings at all.

Talking about her nationality, Tamargo holds an American identity whereas her ethnicity is Caucasian.

Regarding education, the actress studied acting in New York under the guidance of Sam Waterston, William Hickey, and Dorothy Dorff.

Professionally, Eva Tamargo began her acting career performing a small role of Elena Yepes in El Silencio de Neto in 1994. She became the regular cast in the same year as a series regular, Cecilia in a Spanish-language telenovela, Marielena, opposite Lucia Mendez and Eduardo Yanez.

Further, Tamargo has emerged in many television series like El Talisman, El Fantasma de Elena, and Mas sabe el diablo. Moreover, some of her remarkable roles are in The First, El Silencio de Note, Any Given Sunday, and American Bred. The prominent actress has shared a stage work with the Repertorio Espanol in New York City and a guest appeared on NCIS.

Popular star, Eva came into the limelight after performing the role of Pilar Lopez-Fitzgerald in the famous NBC soap opera, Passions from 1999 to 2008. Along with her, other members of the series were Galen Gering, Lindsay Hartley, Mckenzie Westmore, Chrystee Pharris, and so on.

Freshly, in 2013, Tamargo began the role of Celine Gonzalesin Oprah Winfrey Network soap opera, The Haves, and Have Nots. Apart from this, she has emerged in television, radio, and print commercials. She also signed an exclusive management deal with Chris Giovanni at CGEM Talent in Los Angeles.

Tamargo has earned a handsome amount of money from her acting and television career. From her career, she lives a lavish lifestyle. She has been active in her profession from 1994 till the present.

It is reported that Eva Tamargo has an estimated net worth of $1.5 million.

However, the talented actress has not disclosed her exact salary, earnings, and assets details till now.

Tamargo has never been part of any controversial matter or rumors till now.

It seems that the talented star favors enjoying her personal life and does not want to merge it with her professional life.

60 years old actress, Eva Tamargo has gorgeous looks as well as a charming personality. She stands at a height of 5 feet 5 inches.

Furthermore, Tamargo has brown eyes as well as her hair is brown.

Regarding her social media presence, Eva Tamargo is an active personality on social media. Eva has more than 28.3k followers on her official Instagram account @evalution1111.

She is also active on Twitter with around 18.4k followers.

However, Tamargo is not available on Facebook at the moment.