Updated On December 18, 2022 | Published By: saransh pachhai
Share this
Divorce 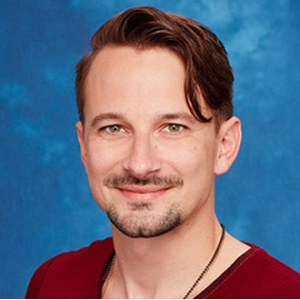 Talking about Evan’s personal life, he married fellow contestant Carly Waddell. He proposed to her in the finale of season three of Bachelor in Paradise.

They engaged in the summer of 2016. Afterward, they tied the knot on 17 June 2017  at the Vidanta Nuevo Vallarta resort near Puerto Vallarta.

However, their marriage didn’t long last, and got divorced in September 2020.

Previously, he was married to Marie Bass. The couple is blessed with three children, all sons of Nathan, Liam, and Ensley. However, they were separated.

Who is Evan Bass?

Evan Bass is an American TV personality and businessman.

He is best known for competing on season 12 of The Bachelorette and season 3 of Bachelor In Paradise.

Evan Bass was born on December 17, 1982, in Nashville, Tennessee, United States. His nationality is American and his ethnicity is mixed(English, Irish, Scottish, Welsh, Dutch, French, German, and Jersey).

He is originally from Hartford, Connecticut, but has also lived in Nashville. His birth sign is Sagittarius. Prior to reality TV, he worked as an erectile dysfunction expert.

His family background is unknown.

There is no proper information available about his education.

During his career, he went on to star in season three of the reality show Bachelor in Paradise.

In 2012, Evan founded his own company called MMM, LLC. He also runs his own medical practice for men named Alabama Men’s Clinic, PC where he finds the best treatments available for men with erectile dysfunction.

Due to his line of work, Evan has mixed and mingled with famous celebs including Jackass star Johnny Knoxville and Shark Tank’s Daymond John.

He was a pastor for some time, but then became an erectile dysfunction specialist and founded the Tennessee Men’s Clinic. He was eliminated in week five of season 12 of The Bachelorette.

Evan Bass: Salary and Net Worth

Evan Bass allegedly filed for bankruptcy in 2011 with his former wife, RadarOnline claims, with debts calculated at over $223,000.

The case was reportedly discharged on November 15, 2012.

Evan has a height of 5 feet 11 inches. His body weight is not known. He has light brown eyes and brown hair.

Pregnant Carly Waddell and Evan Bass are delighted as they are expecting their first child together! Click for more details!