The ice skating partner Evan Bates and Madison Chock are dating each other since 2016. The couples explained about their meeting in Episode 5 of Unlaced with Chock and Bates.

Regarding their first date, Evan took Madison out on her 16th birthday to Bahama Breeze, a Caribbean-themed restaurant chain.

They have been in a union for a long and haven’t shared about their marital union. Also, their ideas of having kids are unknown. 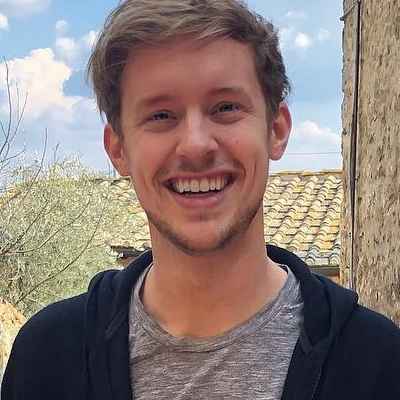 Who is Evan Bates?

Evan Bates is an American ice dancer who was ranked fourth in ice dance in Beijing Olympics 2022 alongside his partner Madison Chock.

He is renowned for partner skating and ice dance since 2000.

He first appeared in Championships with former partner Emily Samuelson.

To date, he has won many golds, silver, and bronze for the country Us and has been representing it in Olympics since the 2014 Olympics.

He belongs to the Caucasian ethnicity and holds American citizenship. According to western astrologers, his sunshine is Pisces.

Introducing his parents, he is the son of father Eric Bates and mother Nancy Bates.

He has two older siblings namely, Andrew and Alexis. he grew up happily with his family in Michigan and they supported him in his journey of ice skating.

Talking about his education, he graduated from Huron High School in 2007.

Later, he was enrolled in the University of Michigan in December 2013 where he received a degree in Organizational Studies.

He first trained as a single skater at age four.  The USFSA testing structure for junior-level selected his double axel landing jumps.

He had training sessions with coaches like Yuri Chesnichenko and Yaroslava Nechaeva and has been inspired by them.

To begin with his career, his official journey started after his coach Gary Clark, teamed him up with Emily Samuelson in May 2000.

His partner later paired with Todd Gills on August 22, 2011. In their ice skating partnership of a decade, they received much recognition and people admire them in their junior session as well.

He partnered with Madison Chock thereafter and won three Olympics with her. His Rythmic Ice dance, sync, choreography, and most noteworthy his presence are appreciated worldwide.

To date, Evan Bates has not disclosed his salary details but he makes a lot of money with contract deals with brands, an ice-skating career, and award money from the championship.

Nonetheless, he has managed to keep himself away from rumors and controversies and portrayed a clean profile as a leading sports personality.

He stands tall with a height of 6 feet and 1 inch and has an average body weight. His bicep size, chest size, dress, shoe size, and other body statistics are unknown.

Moving onto his appearance, he has a fair body complexion that features his blonde hair and blue eyes.

Moreover, he is active on Instagram under the username @evan_bates that has a following of 56.2k. He is also available on Twitter with 16.3k followers.