Evan Dando is an American musician. He is associated with a band named the Lemonheads. He is possibly single. 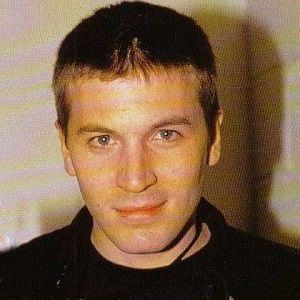 Evan Dando met the English model and musician Elizabeth Moses in 1998. They were dating each other and after two years to get married in 2000. But in 2010, they get separated.

There is no information on children too. And now Evan seems to be single.

Dando has been in relationships with Mia Kirshner from 2006 to 2008. Likewise, he also has a relationship with  Bijou Phillips in 1995, Kylie Minogue in 1994, Juliana Hatfield in 1993, and also with Courtney Love.

Who is Evan Dando?

Evan Dando is one of the popular American musician and frontman of the Lemonheads. He is popular for being a singer-songwriter and guitarist.

The musician is famous for being the leader of the Lemonheads, a rock band author of some very important records for the underground environment of the years ninety.

Dando was born on March 4, 1967, in Essex, Massachusetts, USA.  His mother’s name is Susan Dando who was a former fashion model. And his father’s name is Jeffrey Dando who worked as a real estate attorney.

When he was ten years old, his family move to the North Shore of Boston. Dando’s parents get a divorce when he was 12.

In the eighties he approached hardcore punk music, falling in love with groups such as Hüsker Dü and Replacements that were able to soften the typical fury with rock, acoustic, and psychedelic sounds.

Evan attended the Commonwealth School in Boston. He joins Skidmore College to continue his education. Then Dando leaves the school to pursue his career as a musician.

Evan Dando has a good career. In 1986 he founded the Whelps together with his classmate Ben Deily (on drums) and Jesse Peretz (on bass). Together they play punk rock pieces and in 1987 they changed their name to Lemonheads. Their first recording is titled Laughing All the Way to the Cleaners.

Engaged by the local label Taang !, the Lemonheads publish the albums Hate Your Friends, Creator and Lick. Dando and Deily share the songwriting and also the role of the singer until 1989 when the latter leaves the band after a European tour to support the album Lick. He appeared in the 1995 film Heavy with actress Liv Tyler.

Dando, therefore, engages the drummer David Ryan, with whom he produces, in 1990, the album Lovey, which sells just 30,000 copies. Dando decides to change the negative situation by flying to Australia, to write some songs with his friends Nic Dalton and Tom Morgan.

These pieces form the basis of It’s a Shame About Ray, the acclaimed album that leads the Lemonheads to success. The band’s success coincides with an approach to softer mainstream sounds, putting aside the punk influences of the first phase of the Lemonheads career.

The social code that is the link for over ten years is dissolving in 1996 (after the “Car Button Cloth” album). It allows Dando to kick off a very desirable and sparse career soloist. The real debut comes in 2000, when, free from drug problems like heroin, above all and that tormented him for the entire previous decade, he toured the United States with an acoustic guitar and a bag of covers.

This tour is featured on the “Live at the Brattle Theater / Griffith Sunset” album (2001). In the same period, Dando joins James Iha (guitarist founder of The Smashing Pumpkins and member of A Perfect Circle) and Melissa Auf Der Maur (ex-Hole, ex-Smashing Pumpkins, author of a solo record in 2004) in The project Virgins, whose recordings are not reported.

The first real record of songs comes in 2003. “Baby I’m Bore was written with the collaboration with Australian singer named Ben Lee and with guests like Giant Sand, is an acoustic pop record where Evan Dando, he seems to give his all his fears and troubles, exorcising his past drug experience and thus appearing hopeful towards the future (the song All My Life is emblematic).

In 2005 Dando was again back to Lemonheads performing together with Karl Alvarez and Bill Stevenson. They work out to produce the rhythm section of the Descendents. He also goes on a world tour for his new album that sees the light in 2006. In 2015, Dando has his solo shows in the United States and Europe.

Though Evan always produces a good kind of music and is appreciated by everyone. But he doesn’t receive any of the awards.

Evan Dando: Salary and Net Worth

He has good earning as he is one of the famous musicians. But his net worth and salary are unknown.

There were rumors about Evan that he is dead. But it was only the rumors as produce by some fake media. He is alive enjoying his life now. The musician was also rumored to be in a relationship with Juliana.