Evan Goldschneider’s relationship status at present is a married man. He exchanged vows with Jackie Goldschneider on 26 Aug 2006 at Mandarin Oriental, New York.

They first met each other in Dec 2003 and then dated for a few years. Together this couple has four children, two sets of twins.

Their first twin sons are Jonas and Adin and the other twins are son Hudson plus a daughter Alexis. 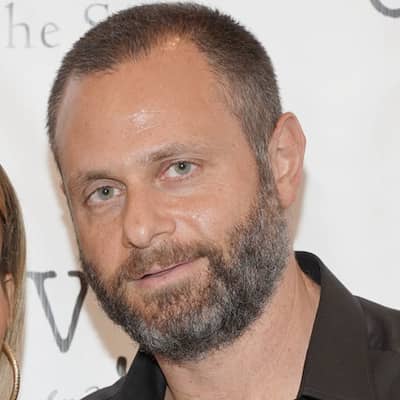 He is popular for marrying an actress Jackie Goldschneider.

His birthdate is 08 Aug 1974 and he was born in the United States. The name of his mother as well as his father’s identity is unknown.

Further, Evan’s ancestry is Caucasian and as per his academics, he after high school went to the University of Michigan. Then he enrolled at Georgetown University to study MBA in Finance.

Evan Goldschneider’s work life is not that public. The only thing known about him is that he is a businessperson who is with a company named Hawthorne Lane Capital Group that gives investment advice.

In his former days, he worked for Beachhead Capital Management for four years, Merrill Lynch, Olympia Capital Management, and RiskMetrics Group. He was also associated with J.P. Morgan Chase plus Credit Suisse.

Further, Evan did seven episodes of Bravo TV’s show The Real Housewives of New Jersey along with Jennifer. The show is about the personal and professional lives of women who live in New Jersey. Some of the casts are Teresa Giudice, Jacqueline Laurita, Caroline Manzo, Dina Cantin, Danielle Staub, etc.

He is on the news not because of his work, but due to his relationship with a famous TV star.

By the 2022’s reports, he along with his spouse Jackie has an estimated combined net worth of $7 million. However, his per-annum salary is not yet revealed.

This entrepreneur is keeping himself away from scandals as well as rumors. But he was surrounded by cheating his wife allegations that almost damaged his conjugal life.

Evan Goldschneider’s height is 5 ft 11 inches and his body weight is 83 kg. Furthermore, he has light brown hair and eyes also in blue color.

Jackie Goldschneider suffered eating disorder! Some facts about her!