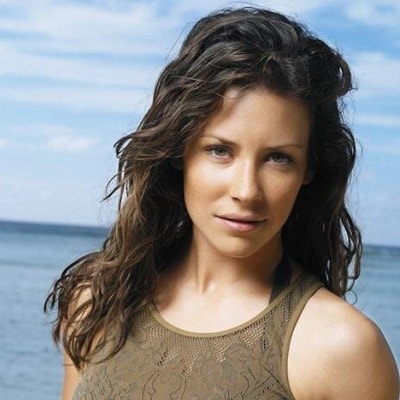 If you can't sit in a cafe quietly and be ignored, how can you observe human nature and write a story?

Your mind and soul are the kings of your physique way more than any exercise you do.

Evangeline Lilly is in a long-term relationship since 2010. She is with her boyfriend, Norman Kali. The couple welcomed a son named Kahekili on May 21, 2011, and also welcomed a son in October 2015.

Lilly has previously tied the knot with Murray Hone in 2003 but was separated in 2004. She then was the relationship with her Lost co-star Dominic Monaghan (2004 to 2009).

Who is Evangeline Lilly?

Evangeline Lilly is a Canadian actress and author. He is well known for her performance as Connie James in The Hurt Locker (2008), and Tauriel in ‘The Hobbit film series’ (2012-2014).

She was born on August 3, 1979in Fort Saskatchewan, Alberta, Canada. Her birth name is Nicole Evangeline Lilly and she is currently 41 years old.

She was born by a father, a home economics teacher, and by her mother, a produce manager in British Columbia. Also, she has a younger sister and an older sister.

Evangeline holds Canadian citizenship but her ethnicity is a mix of English and Irish.

She attended W.J. Mount Secondary School in Abbotsford, British Columbia, and graduated from there. She used to play soccer and was vice-president of the student council. Also, she worked as a waitress during her college life.

Evangeline Lilly began her modeling career working for Ford Modeling and then she started working in television series. In 2004, Nicole flourished her career in an American television drama series titled ‘Small Ville’ in 2004 which was developed by Alfred Gough and Miles Millar. Similarly, she appeared in the next American drama series, ‘Lost’ in 2004.

Evangeline Lilly featured in an American comedy movie, ‘White Chicks’ by the following year, which was under the direction of Keenen Ivory Wayans. In the next year, she appeared in Pat Holden’s movie, ‘The Long Weekend’ in 2006.

Recently, her movie Anthony Russo, ‘Avengers: Infinity War’ was released on 4th May 2018, in IMAX and 3D. In addition, she revealed how engaging in The Hobbit series helped reignite her passion for acting.

She was nominated for Golden Globe Award in the category Best Performance by an Actress in a Television Series-Drama for ‘Lost’ in 2007, nominated for Saturn Award seven times, and won several awards and nominations in her name.

She has an estimated net worth of around $15 million and she has earned that sum of money from her professional career. Also, she earned around $70k per episode from the Tv series’ Lost’ in 2008.

In addition, she is highly active in non-profit organizations and campaigns and has formed an organization in Vancouver, Honolulu, and Los Angeles in 2010 to help widows, orphans, and helpless people.

Her house in Kailua, Hawaii was set into the fire due to an electrical short circuit and it destroyed her house on December 20, 2006.

The talented actress has been successful in keeping herself far from rumors and controversies in her personal and professional life.

Evangeline Lilly has a height of 5 ft. 5 inches and weighs 55 kg. She has green eyes and dark brown hair.