Who is Eve Hewson dating?

Eve Hewson is possibly single as of today. Eve has no plans of getting married or having kids as of March 2022.

She might have indulged romantically with The Social Network actor Max Minghella. The pair were photographed together wandering the streets of New York back in July 2015. 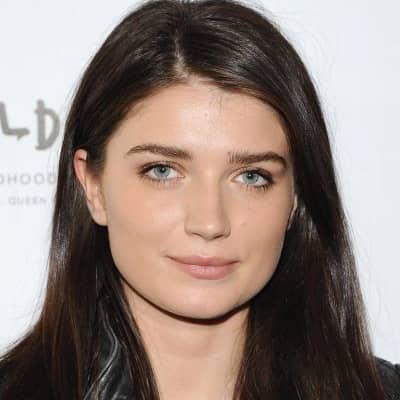 Who is Eve Hewson?

Eve Hewson is an Irish actress who recently starred as Adele in the 2021 Netflix miniseries Behind Her Eyes. Eve has a successful acting career, including in films like Blood Ties (2013), Bridge of Spies (2015), and Robin Hood (2018).

To have come from a family where acting was not seen as a successful career, to aspire to young ones in acting, receiving critical acclaim, and nominations is definitely her achievement.

She was born with the birthname Memphis Eve Sunny Day Hewson on 7 July 1991 in Dublin, Ireland under the birth sign Cancer.

The 30-year-old actress has Irish ethnicity and nationality. She is the daughter of the U2 lead singer father Bono (Paul David Hewson) and activist mother Ali Hewson (née Alison Stewart).

To her family, she has an older sister, Jordan, and two younger brothers, Elijah and John. Her parents initially were against her acting career but later they had volte-face.

Regarding education, Eve first joined the Dalkey School Project before attending St. Andrew’s College in Dublin. She earned a graduate degree from New York University on 22 May 2013.

According to IMDb, her father Bono declined the honorary Doctorate of Humane Letters from NYU on the same day.

To begin with her career, Eve first debuted as an actor alongside her sister Jordan in the 2005 short film Lost and Found. Next, she participated in a reality TV as a blind date in Jorma’s Blind Date.

Eventually, Eve landed with a feature-length debut in 2008 in The 27 Club. Things did work in her favor when she immediately took part in the New York Film Academy.

Two years after her experience with the film academy, Eve played in the music video and short film of The Script’s song For the First Time. Meanwhile, in 2013 she starred as Yvonne in the 2013 thriller film Blood Ties.

In July 2013 she conducted a fundraiser with Jack Quaid of The Hunger Games for a new film Roadies using crowdsourcing. Later, in September, she portrayed the daughter of James Gandolfini’s character Albert in the romantic comedy film Enough Said.

Eve also worked with Tom Hanks and her recent Television series is Behind Her Eyes, where she acted as Adele and received nominations. Her film credits include Tesla (2020), The True Adventures of Wolfboy(2019), Paper Year (2018), and Robin Hood (2019).

Eve was a nominee for the Tatler Irish Woman of the Year Award for her work in films in November 2013, while recent nominations are;

Eve Hewson earns a handsome salary as an actress, which led him to accompass a $1 million net worth.

Eve Hewson has maintained a healthy distance from unnecessary rumors and controversies down the line.

Often, as a celebrity, it is difficult to do so but she is doing it great.

The detail regarding her weight, chest-waist-hip size, bicep, dress, and shoe size are under update.

Eve is an avid Instagram user who keeps updating his life to his 263k followers with the username @memphisevehewson.

Bono is a proud father! His daughter Jordan Hewson has her name in Forbes 30 Under 30 list!