Updated On January 26, 2023 | Published By: Gracie Hale | In Couple , Dating , Relationship
Share this 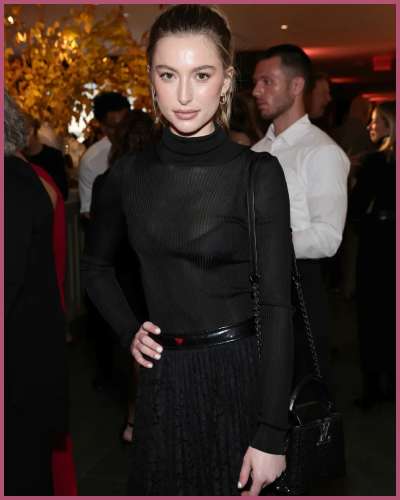 The model, who is the younger daughter of the late Steve Jobs, is currently not found on Instagram, while exploring her account a message occurred that reads, “Sorry, this page isn’t available“.

Eve and Drew dated for a few months over the summer of 2022. The romance between them sparked in September 2022 when the pair were spotted “having fun” together.

A source confirmed to the US Magazine that their romance started as a “casual summer fling,” and has managed to keep a lowkey throughout their short courtship. Drew is almost a decade older than Eve.

Also read Eve Jobs Still Has her Dad Steve’s T-shirt as his Memory!

However, their relationship didn’t long last and fizzled out before the end of 2022. A representative from the Chainsmokers star told the outlet at the time,

“It was an amicable breakup, and they remain friends,”

Selena, on the other hand, is back on Instagram after a long time. What a coincidence!

The singer and Only Murders in the Building star took a break from social media more than four years ago. She was the second-most-followed woman on Instagram at the time.

Gomez shared a series of bathroom selfies captioning them,

As of now, she has more than 371M followers on her Instagram account. Last year, she opened up to InStyle about why she deleted her Insta and turned the keys to a member of her team.

“I became aware that my little world is complicated, but the picture is much bigger than the stuff I deal with. I have problems with depression and anxiety, and I found it difficult for me to be me,”

“I didn’t want to post anything on social media because I realized that I was in a situation where I was extremely blessed. What could I possibly post or say?”

Eve Jobs is an American equestrian who is also a model. She is known for being the daughter of the Father – a business magnate, Steve Jobs. See more…