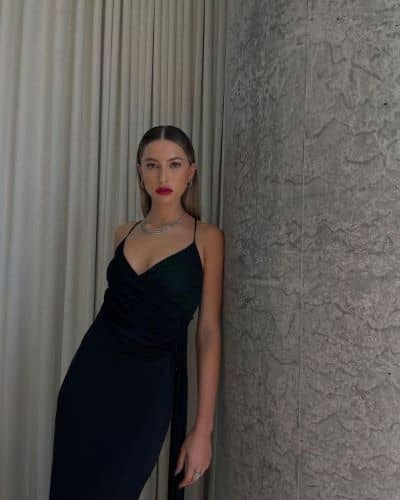 Like father, Like daughter, the never-giving spirit that father Steve Jobs has now passed on to his daughter, Eve as well. One milestone after another, first she walked on the pairs fashion week and surprised all and now she is having the contract of her life.

Is Eve Jobs a new face to the modeling agency?

No, not really. It’s not the first time, Eve Jobs is presenting herself as a model. Eve walked on the Paris Fashion Week for the Coperni runway show in September 2021.

Eve also posted on social media regarding her experience at the Paris Fashion Week,

“I can’t put into words how extraordinary this collection is,” adding, “It was an honor to be a part of the vision @coperni.”

Who is Eve the equestrian?

Surprisingly, it was her debut and it felt like she was pro at it, and this is what talent and experience do to one. Bagged a bronze at 21, and more to go Eve!

Also, Read Naomi Osaka is in a Paradisic holiday destination with boyfriend and family; doing horseriding by the sea

Eve Jobs, born 9 July 1998 is the daughter of late Apple founder Steve Jobs and Laurene Powell Jobs. She has three siblings, Erin Sienna Jobs, Reed Jobs, and Lissa Bresnan Jobs, and is the youngest of all.

Eve Jobs has an estimated net worth of $20 million – $49 million USD which she inherited from her father. But it seems, her talent will make her earn fame and a name that will make her dad’s soul proud, who passed away from Pancreatic cancer on October 5, 2011. Read more…