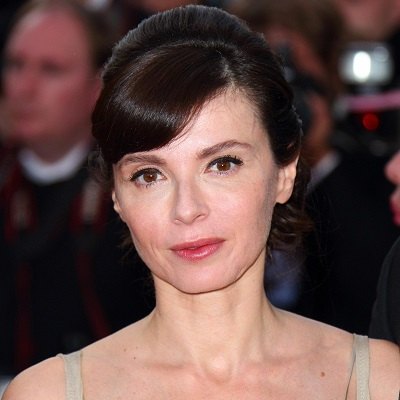 What is the relationship of Eve Mavrakis?

Eve Mavrakis is married to the actor, Ewan McGregor.

They first met in 1995, when they were working for the TV series Kavanagh QC. Instantly, they felt a sort of attraction among them and started dating. The wedding took place on the 22nd of June 1995 in the French Village.

However, As of now, they are separated now. They filed for divorce in January 2018. The marriage is in the verse of the divorce as Ewan started dating his co-actor, Mary Elizabeth Winstead.

Eve Mavrakis is a production manager and art director.

He is renowned for Imagine Me & You and The Innocent Sleep as a production designer.

She is the estranged wife of actor and director, Ewan McGregor.

Who are the parents of Eve Mavrakis?

She is of Jewish-Greek ethnicity. Her parents immigrated from Greek to France.

As of now, she has not revealed any information about her father, mother, siblings, and education.

In 1987, Eve Mavrakis started her career as a miscellaneous crew for the movie, Empire of the Sun. In the following year, she switched to the art department with the movie, Dangerous Liaisons.

She has an estimated net worth of $12 million. Her earnings as a production designer are in the range of $32k – $82k.

Her estranged husband, Ewan has an estimated net worth of $45 million. As the couple has not any sort of the prenuptial contract Ewan’s property would be disturbed equally amount both of them.

How did it start?

Eve’s ongoing divorce battle against Ewan has created a huge buzz in the media. The broken relationship first came in the news in October 2017.

Her husband’s picture went viral on social media where he was locking lips with his co-star, Mary Elizabeth in a cafe. After that, both filed for joint divorce in January 2018 based on the irreconcilable difference as the reason.

As the news broke in the media, her children were highly affected by it. Her eldest daughter, Clara even called Mary a marriage breaker and a piece of shit on her Instagram account. Also, her daughter, Esther slammed her father for cheating on her mother through her song.

Who will win the Custody Battle?

Currently, she is fighting for the full custody of her three children.

However, Ewan has not agreed with the idea and wants joint custody for the children.

According to some online sources, the court has not ordered McGregor to pay any sort of spousal support.

Despite that, the actor is has been voluntarily contributing to the living of Eve and his minor children.

However, according to Eve, the support is not enough for them. In the matter, the actor argued that what he is doing is more than he is obligated to do.

McGregor’s lawyer stated that all of this not true. Both of them are not having such issues as the money is not their primary subject in the divorce.

Eve Mavrakis has light brown hair and her eyes’ color is brown. Her height is 5 feet and 8 inches and weighs around 65 kg.

Eve is active on Instagram with the handle, evemcgregor123 and has around 6.5k followers.

You May also read the bio, age, family, net worth, career, education, controversy, and rumors of Philip Joncas,
Sandie Rinaldo, and Spencer Allport.