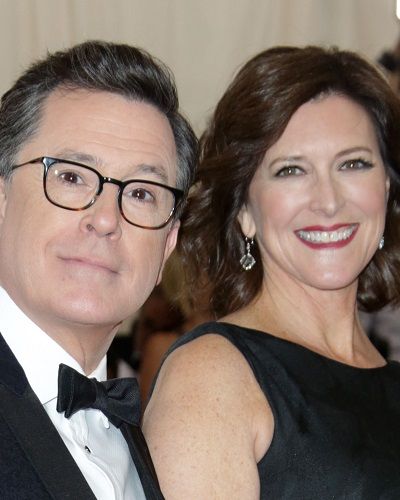 What is the age of Evelyn McGee-Colbert?

Evelyn McGee-Colbert was born on 23rd July 1963 in Charleston, South Carolina, USA. She is the daughter of Joseph McGee. Evelyn is 56 years old at present. Her husband Stephen was born on 13th May 1964 and his age is also 56 years.

Evelyn grew up in South Carolina near her husband in Charleston. But unfortunately, they had not met each other till 1990 where they spotted each other at the Spoleto Festival. It is a performing arts festival in Charleston and they later fell in love with one another. Steven said,

Also read Who is Dana Isaiah? Insight on his married life with Jordin Sparks, children, age and more biography…

After meeting at the festival, Stephen Colbert fell in love with Evelyn McGee. He thought to himself that she is the one he wants and wanted to marry her. He said,

“We realized we had grown up with each other but hadn’t gone to the same school. She’d gone to the all-girls school and I’d gone to, essentially, the all-boys school,”

“We knew so many people in common we were suddenly incredibly embarrassed because we thought, ‘Oh, our friends are gonna find out from stories that we were flirting with [each other] across a room at a party.’”

They continued talking and eventually started dating. They got married in the year 1993. Likewise, they have been married to each other for more than 27 years old.

Evelyn and her children

Talking about his children Stephen said,

“And it really is the best part. You know, coming home, pouring yourself as a glass of wine, and sitting there and having a conversation with your kid about how their day was. It’s not dramatic,”

How much is Evelyn McGee-Colbert’s net worth?

His film roles include Strangers with Candy, The Love Guru, Monsters vs. Aliens, The Hobbit: The Desolation of Smaug, and Too Funny to Fail. Likewise, Stephen’s TV roles include in The Office, BoJack Horseman, House of Cards, Rick and Morty, At Home with Amy Sedaris, and many more.

During this coronavirus pandemic and lockdown, his Montclair, New Jersey house is the new set of his show The Late Show. He shot the first episode from his home by sitting in the bathtub. He said,

“I was going to use my rich-person bunker, but it turns out the guys from Parasite are living down there. Really nice folks,”

In 2000, he bought the property located Bellegrove Drive for $515,000. He and his family moved to the house 20 years ago. It is located in the south end of town, on the way to Watchung.

Who is Kate Fahy? Find about her married life with husband Jonathan Pryce, children, net worth, biography
Tags : Actress Strangers with Candy: Retardation