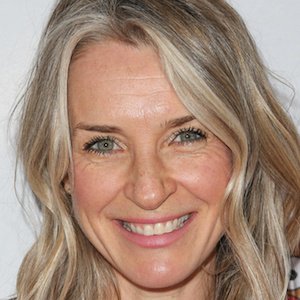 Facts of Ever Carradine

Relationship Statistics of Ever Carradine

Ever Carradine is a married woman. She has been married to Coby Brown since October 1, 2005. The couple has welcomed two children: a daughter Chaplin Haddow Brown (August 9, 2010) and a son Samuel Hauck Brown (July 30, 2015). The family is living together in a house in Los Angeles and they are spending quality time with each other. Also, there is no sign of divorce between the couple.

Who is Ever Carradine?

Ever Carradine is an American actress and she is best known for her role as Tiffany Porter in the ABC television series ‘Once and Again’ and she is also well recognized for her role as Kelly Ludlow on the series ‘Commander in Chief’.

Her neighbor, Anne Lockhart was her babysitter for the first five years of her life as Anne knew Carradine since her birth. She enjoys bowling, horseback riding, and playing Scrabble.

Ever Carradine holds American citizenship but her ethnicity is a mix of English, German, Ashkenazi Jewish, Danish, Swiss-German, Irish, Dutch.

She used to play volleyball and skied during her stay at Lewis & Clark College in Portland, Oregon. She began her study taking an anthropology major but she followed her family and switched to a theatre major midway through college. Carradine graduated from Lewis & Clark in 1996. Carradine attended the same college as Monica Lewinsky and says that she regrets that they never met.

Ever Carradine: Professional Life and Career

After graduation, she returned to Los Angeles and appeared in television shows like ‘Diagnosis: Murder’, ‘The Sentinel’ and she received her first recurring guest role as Rosalie on ‘Party of Five’ in 1998.

Ever Carradine: Rumors and Controversy/Scandal

She likes to keep her profile low and she does not want to harm any other persons. Therefore, she has not been involved in any controversies and scandals.