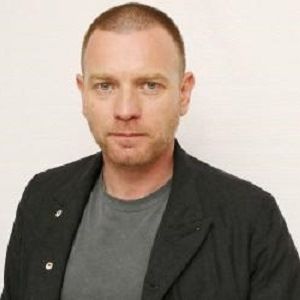 Actually, I really want to play Princess Leia. Stick some big pastries on my head. Now, that would be interesting

It's a great feeling of power to be naked in front of people. We're happy to watch actual incredible graphic violence and gore, but as soon as somebody's naked it seems like the public goes a bit bananas about the whole thing

I was with a friend of mine recently who was dying and while he was lying there with his family around his bed, I just knew that was it, that was the best you can hope for in life - to have your family and the people who love you around you at the end.

What is the relationship of Ewan McGregor?

Ewan McGregor dated French production designer, Eve Mavrakis in 1994 and married her on July 22, 1995, in a French village.

Moreover, he met actress and singer, Mary Elizabeth Winstead, on the set of the TV series, Fargo. Additionally, they started dating in 2017 after his split from Eve Mavrakis.

Who is Ewan McGregor?

Ewan Mcgregor is a Scottish actor and director. He is well known for his roles in ‘Trainspotting’ and the ‘Star Wars prequel trilogy, which gave him his two biggest career breakthroughs.

Additionally, he is the entrepreneur of ‘Natural Nylon’ and has appeared in several low-budget, artsy Hollywood films before he was offered the indelible roles of ‘Mark Renton’ and ‘Jedi Obi-Wan Kenobi’.

Additionally, his father was a teacher in the ‘physical education department and his mother was a school administrator and a teacher.

He has a sibling namely, Colin McGregor. He belongs to Scottish- British nationality and mixed (Scottish- German) ethnicity. His birth sign is Aries.

In talking about his profession, he landed a major role as ‘Private Mick Hopper in ‘Lipstick on Your Collar, a musical comedy, in 1993.

In the same year, he also starred in the British television mini-series, ‘The Scarlet & the Black’ and ‘Being Human’. In 1994, he was also lauded for his performance in ‘Shallow Grave’.

Besides that, two years later, in 1996, he got his first breakthrough as a heroin addict in ‘Trainspotting’, which was a film adaptation of a novel of the same name.

Similarly, from 1998 to 1999, he also starred in the theatre production, ‘Little Malcolm and His Struggles Against the Eunuchs, which opened at Hampstead Theatre and Comedy Theatre.

Likewise, he also appeared in ‘Moulin Rouge!’ alongside Nicole Kidman, as ‘Christian’, in 2001. Additionally, he reprised his role as Jedi Obi-Wan-Kenobi in ‘Star Wars Episode II: Attack of the Clones’, the following year.

In the same year, he also appeared in the fantasy film, ‘Big Fish’ as ‘Edward Bloom’. Eventually, his role in the drama, ‘Young Adam’ earned him a lot of accolades. Whereas, from 2005 to 2007, he also starred in ‘Guys and Dolls, a Donmar Warehouse production at the Piccadilly Theatre.

In 2007, he also starred in ‘Cassandra’s Dream’ and two years later, he also appeared in ‘I Love You Philip Morris, ‘Amelia’ and ‘Angels & Demons’.

In the same year, he also worked on the production of ‘Othello’ and also reprised his role as ‘logo’ for BBC Radio 3. In 2012, he also appeared in ‘Salmon Fishing in the Yemen’ and ‘The Impossible’.

Currently, he is working with Daniel Craig on the film adaptation of ‘I, Lucifer’.

Additionally, he was nominated for Evening Standard British Film Award for Best Actor for The Ghost Writer (2010).

In addition, he won Golden Globe Award for Best Performance by an Actor in a Limited Series or a Motion Picture Made for Television for Fargo (2014).

Similarly, he won BAFTA Scotland Award for Best Actor in a Scottish Film for Young Adam (2003), and Best Actor – Film for Trainspotting (1996).

There is no information regarding his income or salary. Whereas, his net worth is around $45 million.

There was a rumor that he makes a secret cameo appearance in the new Han Solo spin-off film after he turned up at the Los Angeles premiere.

In talking about his body measurements, Ewan has a height of 5 feet 10 inches. Additionally, he weighs is 74Kg.

Ewan’s hair color is light brown and his eye color is blue.

Also, read the affair, salary, the net worth, controversy, and the bio of Daniel Portman, Tommy Flanagan, Gerard Butler