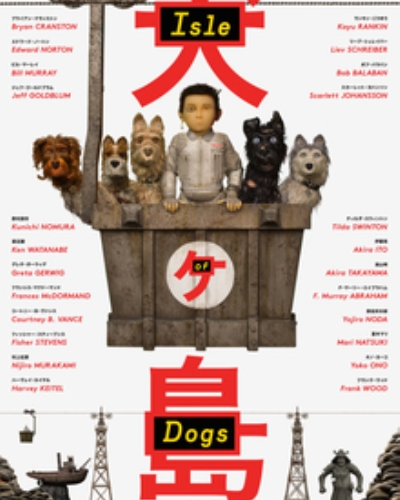 This animated movie ‘Isle of Dogs’ is the much-awaited of the 2018 movies. Fans, both children and adult, are curious to have a glimpse of this film. The first trailer for this drama and adventure film was released in September 2017.

Scheduled for a 23rd March 2018 release, this film will open the Berlinale Film Festival. In Australia, it will be released on 29th March 2018 while the UK will have a premiere of this film on 3oth Mach 2018.

We have collected some fun facts related to this movie which I am sure our readers would enjoy reading!

“Wes Anderson is a perfectionist, so you have to just be ready to try it this way, try it this way, try it that way, and then try it this way. And then, once you think you’ve got it all and it’s done, then you’re going to be called back in two or three months, so you can try it that way and try it this way. You’ve got to give him all of it. But ultimately, just like with Tom, who’s a perfectionist that likes to do it until he gets it done, the proof is in it when you see it and it’s just gorgeous. Every moment is so full of layers. You know that’s what you have to do because that’s just your process. So, you go, “Okay, all right, I’ll be there. Just let me know when, and I’ll be good.”