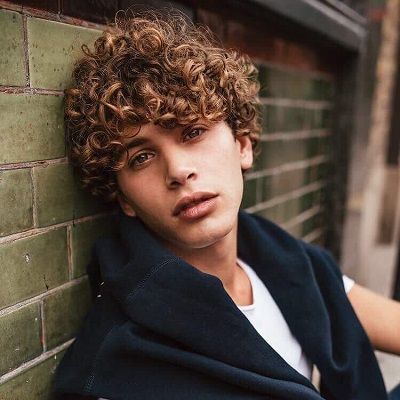 Eyal Booker was in a relationship with Tina Stinnes, who was one of the ex-contestants of ‘Love Island.’ However, the relationship did not work the way he wanted it to and hence Eyal had to break up with Tina. In one of his recent interviews, Eyal admitted that he was involved in various flings throughout his life. But the British hunk is now looking to settle down and is trying hard to find the right girl.

Who is Eyal Booker?

Eyal Booker is an English model. Currently, he is on the fourth series of the dating contestant show Love Island. Eyal was a member of the pop band EverYoung that was formed in 2012.

Eyal came into the limelight when he appeared in the fourth series of the dating reality show, which had him paired up with Hayley Hughes and Megan Barton Hanson.

Eyal Booker was born on August 2, in the year 1995, in England. He is a Leo. There is no information about him and his family. He has two older brothers named Tal and Ariel, and a sister named Oriane.

He attended a comprehensive school called ‘JFS’ in Kenton, north London. He then went to the prestigious ‘Sylvia Young Theatre School’ in London.

Eyal decided to walk away from ‘EverYoung’ to explore opportunities in the world of modeling.

Booker became a part of ‘Truly Scrumptious,’ a modeling agency for kids, which he joined along with his brothers, Tal and Ariel. Though he wasn’t aware at the time of joining ‘Truly Scrumptious,’ his experience at the agency would later play a crucial role in him wanting to become a model.

Eyal has brown hair, green eyes and he has a height of 5 feet 10 inches and he weighs is 75Kg. His chest, waist, biceps sizes are 38-30-12 inches respectively.