F. Gary Gray is currently single. Even if he is in a relationship with someone, there is no information about his dating details. Being a private person, he likes to keep his personal life private.

Previously, he was having an affair. He was dating Elise Neal who is an American actress. But they separated due to some differences. 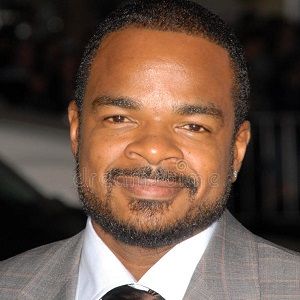 Who is F. Gary Gary?

Moreover, he directed the eighth Fast and the Furious franchise, The Fate of the Furious. The director is more popular for his work in award-winning music videos as “It Was a Good Day” by Ice Cube.

Likewise, he also works for “Natural Born Killaz” by Dr. Dre and Ice Cube and “Keep Their Heads Ringin'” by Dr. Dre, “Waterfalls” by TLC, and “Ms. Jackson” by OutKast.

F. Gary was born on July 17, 1969, in New York City, New York, U.S. He was born in Highland Park, Illinois, and raised in Los Angeles. His full name is Felix Gary Gary.

His ethnicity is African-American and nationality is American. Information about his parents and siblings are unknown.

He studied film and television in college. The director graduated from Los Angeles City College. Along with his studies, he was working as a cameraman for various companies.

F. Gary Gray started his career working behind the camera from a young age i.e. when he was still in high school. Working for some time as a cameraman for various companies, they hired him for directing the music videos. He used to work with Black Entertainment Television and Fox network. After seeing his works no sooner he got a chance to direct the music video working with artists such as Whitney Houston and TLC.

Gray’s one of the videos of Ice cubes, It Was a Good Day has his name on Rolling Stone magazine’s Top 100 Best Videos List. Then the rapper was hired by Gray and they worked together for a feature film. The movie made a good box collection.

Then Gray’s next film was Set it Off that releases in 1996, which starred Queen Latifah and Jada Pinkett. It was one of the New Line’s highest-grossing film of 1996. Gray also directed Samuel L. Jackson and Kevin Spacey in The Negotiator. Then he started to work in television fields.

He directed Fox drama series Ryan Caulfield: Year One in 1999. After this series, he directed the action flick, A Man Apart which featured Vin Diesel in 2003. Following it he directed The Italian Job in 2003 which is a remake of the highly successful 1969 British heist caper that originally starred Michael Caine. It was one of the hits at the box office and also prompt a sequel.

He was back in 2009, directing Gerard Butler and Jamie Foxx. No sooner, he also directed the intense crime drama Law Abiding Citizen, and in 2015, he directed the drama Straight Outta Compton, which was nominated for an Oscar.

Talking about his latest works, in 2017, he directed The Fate of the Furious. In between the movies, he has also directed music videos.

Felix has done outstanding work and is always appreciated. He has also received various awards. In 1997 and 1999, he received the award for Best Director.

Felix is one of the famous personalities and is engaged in different work. His net worth is estimated to be around $12 million. However, his salary is unknown.

During his entire career, he maintained top-notch professionalism over his work. His work was always admirable, and his hard work reflected in how well he did in his career.

F. Gary Gray stands with a height of 5 feet 5 inches and weighs 75 kg. He has black colored hair and brown colored eyes. Other information about his body measurement is unknown.

You may also want to know more about the life, marriage, family, and achievements of Michelle Pfeiffer and Courtney B. Vance.