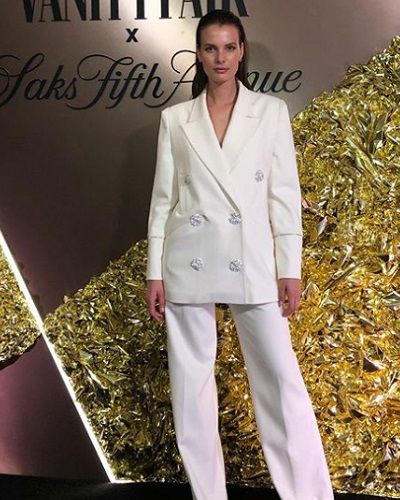 Jessiann Gravel Beland met her Brazilian model husband Francisco Lachowski in Japan. It was in 2010 when they met each other and since then they are together.

They got married three years later on 3rd December 2013. It has been almost 7 years of their marriage. They live happily together.

Likewise, the model couple is blessed with two children. They posted pictures of her pregnancy on Instagram showing her baby bump. Her first son Milo was born on 25th March 2013.

Similarly, another son Laslo was born on 19th November 2016. Both of their children make an appearance on their Instagram.

Francisco Lachowski has been stealing hearts on Instagram since 2016. He first uploaded a picture with his son on Instagram on 5th January 2016. Since then he has been blessing his followers with modeling pictures, shirtless pictures, and brand promotions.

He has gained around 1.8 million followers on Instagram. Similarly, he also uploads family pictures on his Instagram. On 4th August 2016, he posted a picture with Gigi Hadid where both of them were posing for Tommy Hilfiger.

Also read How To Take A Perfect Selfie For Your Instagram Just Like A Celebrity? 5 Easy Tips And Tricks For A Good Selfie!

Francisco has appeared in a number of fashion shows like Dior Homme, Versace, Dolce & Gabbana, DSquared, Gucci, Roberto Cavalli, and Armani. He has also appeared on the cover of many magazines like Vanity Teen, Homme Essential, Carbon Copy, Made in Brazil and Chaos.

His ad campaign work includes DKNY Jeans, Lacoste, Armani Exchange, Dior, and Mavo Jeans. Lachowski also competed in the Ford Models Supermodel of the World competition and won which won his $60,000 contract with the agency.

Tall and handsome Francisco Lachowski is a Brazilian model. He is best known as a model who walked the runway for Gucci and Armani. Read more bio…