Updated On November 25, 2022 | Published By: rylee
Share this
Married 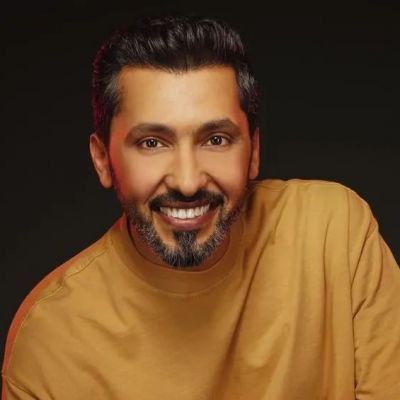 Who Is Fahad Al Kubaisi Married To?

The 41-years old Qatari star is a married man. Fahad Al Kubaisi is living a happy matrimonial life along with his wife, Noura Al-Kuwari since 2005.

The duo is parents to two children named, Khalid Alkubaisi and Alyaa Alkubaisi.

Apart from these, there is no info on his current marital life as well as past affairs or relationships.

Who is Fahad Al Kubaisi?

Fahad Al Kubaisi is a Qatari-known singer, record producer, model, and also human rights activist.
He is famous throughout the Gulf countries including, the Arab Gulf states and the Maghreb.

Currently, he is stealing the headlines after sharing the Stage with BTS‘ Jung Kook at the FIFA World Cup 2022 Opening Ceremony, held on at Al Bayt stadium in Al Khor, Qatar.
The duo sang their FIFA soundtrack song, Dreamers, live on the stage. However, the ‘Dreamers’ has included the contribution of popular artists like Nicki Minaj, Maluma, Davido, Myriam Fares, and others.

Did The Qatari Artist, Fahad AI Kubaisi Collaborate With JungKook In Dreamers, And Share The Stage With Him?

Currently, he is stealing the headlines after sharing the Stage with BTS‘ Jung Kook at the 2022 FIFA World Cup 2022 Opening Ceremony, held on at Al Bayt stadium in Al Khor, Qatar. He shared his beautiful message and Quranic recitation.

The duo sang their FIFA soundtrack song, Dreamers, live on the stage. However, the ‘Dreamers’ has included the contribution of popular artists like Nicki Minaj, Maluma, Davido, Myriam Fares, and others.

The Qatari singer was born on April 12, 1981, in Doha, Qatar. As of 2022, he is 41 years old and holds Saudi Arabian nationality. Similarly, his birth sign is Aries and he belongs to the Arabian ethnicity.

He is the second child among his eight siblings, born to his father, Khaled Abdalla AI-Kubaisi while the name of his mother is not known.

In terms of education, he earned his bachelor’s degree in physical education and sports science from Qatar University.

Being passionate about singing, Fahad started his early career as an Islamic singer, in high school time. In 2001, he released his foremost debut album, Jamaal El Rouh (The Beauty of the Soul).

Following that, he released his second album Ela Rouhi (To my Soul) in 2005 while he was a university.

Then, In 2006, he began to sing non-Islamic songs with the help of Matar Ali al-Kuwari, a Qatari composer. The following year, he released his first non-Islamic album Layesh (Why?),  under the production and distribution of Rotana.

He went on to gain immense fame and recognition which led to the success of his 2012 released fourth album, Tejy Neshaq, with self-production.

Fahad took a step forward by filming his solo song Wbadin in Turkey, which got a massive success, as it was the first selfie Video Clip in Arabic music history.

In 2015, his single song, Batalna (We finished)was released and again it become a hit, as it is the first music video in the Middle East that was filmed in 360-degree.

The Qatari singer Fahad’s net worth is estimated to be around  $1.5 Million as of 2022. He has made a hefty from his singing career.

Apart from that, he also earns a model and has endorsement deals with known brands.

Fahad Al Kubaisi has not disclosed his height, weight, hips, waist, or chest measurements on the internet. He has always been private about his personal life, which is why he has never divulged his dress or shoe size in the public.

There is no information available concerning his physical dimensions.

In terms of appearance, Fahad has a brown complexion, black hair, and dark brown eyes. He also has a powerful figure and an appealing attitude.

Al Kubaisi is pretty active on social media platforms. He owns an Instagram account under the username, @alkubaisiofficial, which has garnered more than 1.2 million followers.

Other than his, there is an official Facebook page under his name, which is enriched with over 1 million followers.

Apart from these, he owns a self-titled, YouTube channel, which has nearly 301k subscribers.

Lavish Wedding!! The Grand Celebration Of The Marriage In Kuwait; Guest Received The Diamond Ring On The Royal Ceremony