Faith Hill is an ACM, CMA, and Grammy-award-winning country music artist. Faith is married and has three kids. 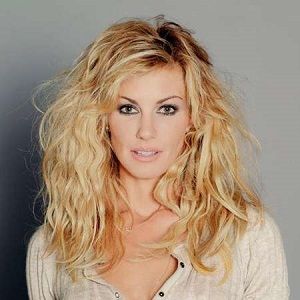 When you're a mom to three children, nothing bothers you. Trust me. Who cares what people say? I've got other things to deal with. - on the rigors of fame

I constantly work at maintaining balance. For me, my family comes first. If my family is taken care of, then everything else usually falls into place.

Faith Hill is a married woman. She married twice.

She married Daniel Hill in 1988, but the marriage didn’t go well so they decided to divorced in 1994. Then, she was engaged to producer Scott Hendricks for a while, but the relationship did not progress further, as she had an affair with singer Tim McGraw and got pregnant.

Later, she got married on October 06, 1996, to Tim. They have three daughters named Maggie, Gracie, and Audrey.

Who is Faith Hill?

Faith Hill is an American singer and record producer. She is also one of the most successful country artists of all time, having sold more than 40 million albums worldwide.

Hill was born in Ridgeland, Mississippi, the United States on September 21, 1967. She was adopted by Ted Perry and Edna Perry.

In addition, she was raised in a pious Christian environment. Whereas, she had a flair for music since childhood and made her first public performance at the age of 7 at a youth program.

Talking about his education, she graduated from the ‘McLaurin Attendance Center’ in 1986 and joined the ‘Hinds Junior College’ in Raymond, Mississippi.

On talking about her profession, Faith Hill’s version of the country number ‘Wild One,’ from her debut album, aced the ‘Billboard’ charts, holding on to the first position for four consecutive weeks and creating a record at that time.

Whereas, her second album, ‘It Matters to Me,’ was equally successful, with its title track reaching the top of the country charts in 1995. She appeared on the ‘Public Broadcasting Service’ (PBS) music show ‘Austin City Limits.’

In the following year, she also began a tour with country singer Tim McGraw. Similarly, her third album, ‘Faith,’ consisted more of mainstream pop, with a tinge of country. During  2000, she appeared on a number of TV channels and in several magazines.

However, she also managed to maintain a unique balance in her style by singing songs such as ‘Where Are You Christmas,’ co-written by R&B artist Mariah Carey. During 2006, she also made a successful world tour, the ‘Soul2Soul II Tour,’ with her husband.

The tour broke all records, becoming the highest-grossing country music tour ever, touching $90 million in 2006. Whereas, she has also performed with almost all leading country artists at various venues. Additionally, she also featured on her husband’s album ‘Let It Go’ in 2007.

Similarly, she was nominated for the OFTA Film Award for Best Music, Original Song for Pearl Harbor (2001). Then, she won the Walk of Fame Star Guitar.

She earns a decent amount of salary. Whereas, her net worth is around $80 million.

There was a rumor that she wanted to divorce Tim McGraw. She is far from rumors and controversies.

On talking about her body measurements, Faith Hill is 5 feet 8 inches tall. Additionally, she weighs is 55Kg. In addition, she has a body figure of 34-24-34 inches.

Her hair color is blonde and her eye color is dark brown. Furthermore, Her dress size is 2 (US) and her shoe size is 9 (US).