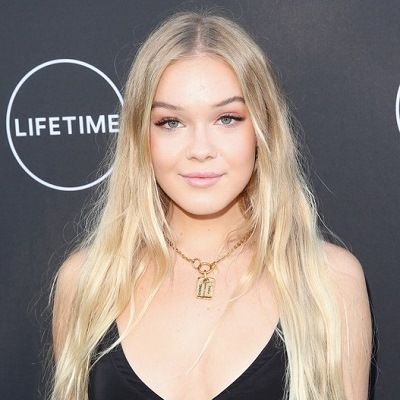 Faith Schroder is currently living her single life. She has no boyfriend till date. Moreover, Faith is busy on her career rather than being in a relationship.

Who is Faith Schroder?

Faith is an eminent American actress, dancer, and model who is from a family of well-known entertainers. Likely, Faith who rose to fame for starring in the TV series’ ‘Growing Up Supermodel’.

She was born in Los Angeles, California, the United States on August 8, 2001. Her birth name is Faith Anne Schroder and she is currently 18 years old. Her birth sign is Leo. She was born to parents; Ricky Schroder (father) and Andrea Bernard (mother). Her father is an actor who had worked in Silver Spoons and NYPD Blue. Whereas, her parents divorced in 2017 but remain close friends. She has three siblings namely, Cambrie Schroder, Luke William Schroder, and Holden Richard Schroder. Faith holds American citizenship, but her ethnicity is unknown.

Talking about Faith’s education history, there is no information about her educational achievements.

Faith’s career along with her sister started taking pictures when growing up in their beautiful Los Angeles surroundings and posting them on social media. However, her first official outing as a model was a happy accident. A photo shoot was happening at her home when she was only nine years old. She walked by the photo shoot and caught the eye of the photographer and the people involved. Within five minutes she found herself being photographed officially for ‘Elle Italy’.

While that was not a bad start for someone starting out, Faith was more interested in dancing and acting at that time. She has been a trained dancer since the age of four and in 2014, she even won the ‘Debbie Allen Annual Dance Battle’ competition. But success had already knocked on her doors before that. In the year 2013, she was attending Bella Thorne’s sixteenth birthday party when she had a meeting with the producers of the popular Disney show ‘Shake It Up’. She expressed her interest in becoming an actress.

Clearly, she aroused the interest of the producers who called her for an audition. She nailed the audition and had a callback. Soon she was cast as Jordan in the episode ‘Switch It Up’. Her performance and looks opened up different avenues after this. The year 2013 continued being a great year for the young actress. She appeared as herself on ‘Good Day L.A.’ and ‘Home & Family’.

She also started becoming more active on Instagram after that and started gaining followers. Her breakthrough year came in 2017 as she started taking modeling more seriously, following in the footsteps of her sister. She eventually ended up with a contract from ‘Elite Model Management’, Los Angeles

During 2017, she also started modeling for ‘Frankies Bikinis’. Her popularity grew as more and more people started following her on Instagram. She was even featured as ‘Frankies Girl of the Month’ the same year. Faith continued her successful journey by becoming a cast member of the reality TV documentary series ‘Growing Up Supermodel’. Starring alongside her mother, sister, and other celebrities like Kelly Le Brock, Krista Allen, and others, she captured the admiration of viewers.

The first season of Lifetime’s ‘Growing Up Supermodel’ premiered on August 16, 2017, and ended on September 20, 2017. The show was a hit and renewed for a second season. The show also revealed the difficulty and drama over the divorce of Faith’s parents. In a later interview, she admitted that revealing personal details, giving an insight into their private lives, and constantly being followed by the cameras were incredibly hard for her.

Similarly, in 2018, Faith Schroder continued to walk the ramp for ‘Frankies Bikinis’ and build her online presence on Instagram. Her lifestyle, fashion, and bikini images have contributed to more than 225k followers. As her modeling career continues to grow, fashion experts are predicting her becoming a supermodel very soon.

Faith Schroder has an estimated net worth of around $3 million and she has earned that sum of money from her professional career.

She has a height of 5 feet 7 inches and she weighs is 50Kg. Additionally, she has a measurement of 32-23-34 inches. Faith’s hair color is blonde and her eyes color is hazel.