She rose to fame for her recurring roles as Annie Pearson in the hit drama series This Is Us. 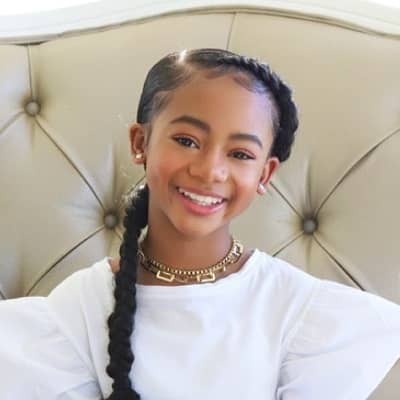 Faithe Herman is too young to be in a romantic relationship. Currently, she is single. She is more focused on her studies and enjoying her life as a child actress,

Who is Faithe Herman?

Faithe Herman is a child actress and model. She rose to fame for her recurring roles as Annie Pearson in the hit drama series This Is Us. Currently, she is filming the post-production superhero film Shazam! Fury of the Gods. The film is set to release in the year 2023.

Faithe was born in San Diego, California, the USA on the 27th December 2007. Her full name is Faithe C. Herman. She holds an American nationality whereas her ethnicity is not known at the moment.

Herman hasn’t yet disclosed his parent’s identity in the media. However, it is known she is the youngest child of her parents among five children. She is still in high school.

Faithe made her television debut in the year 2016 through the crime drama television series Criminal Minds in an episode of Derek. She portrayed the role of Morgan Kid in that episode. That year, she got the role of Annie Pearson on the NBC drama series This Is Us. She played the character for up to 83 episodes.

Similarly, she made her big-screen debut in the 2017 battle rap comedy-drama film Bodied where she portrayed the role of Grace. Then, she starred in the superhero film Shazam in 2019. That year, she also appeared as a guest star in an episode of An Almost Religious Awe of Watchmen.

Faithe is currently enjoying her acting career. She hasn’t been part of any sorts of rumors and controversy up to date.

Faithe has earned an impressive amount of wealth through her acting career. It is estimated that she has a net worth in the range of $200 to $250 thousand. Further, her salary and other income are still under review.

Faithe stands at the height of 4 feet 5 inches tall and weighs about 40kg. She has black hair as well as black pair of eyes.

Lyric Ross
Tags : "This Is Us" American child actress Shazam