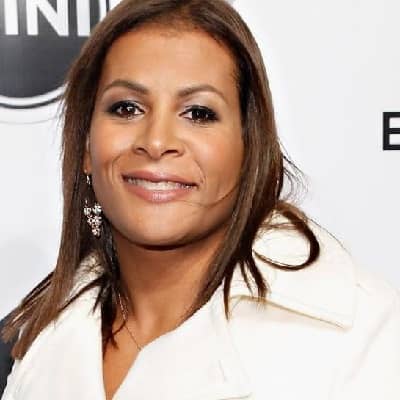 Fox married her then-girlfriend whose name is not disclosed at the age of 19. They are blessed with a daughter. Fox joined the US Navy to support her new family and later Fox and her daughter moved to Chicago, Illinois in search of her sex reassignment surgery. Fallon is openly transgender and supports gays and Lesbians.

Who is Fallon Fox?

Fallon Fox is the first American transgender retired mixed martial artist and the former US Navy. Fox was listed in the National Gay and Lesbian Sports Hall of Fame 2014.

Her parents’ names are not available as she hasn’t disclosed them yet. Likewise, she has an elder sister and a younger brother. Her childhood passed in a very difficult way. Fallon faced various difficulties due to her gender issues. She was born male at birth but later became a female. She came to know that she was gay at age of five or six. Later, she heard the term “transgender” at the age of 17 and wanted to have sex reassignment surgery.

She is of American nationality and her birth sign is Sagittarius. She grew up in her hometown. Likewise, Fallon is an atheist.

Talking about her education, Fox enrolled at the University of Toledo, however, she dropped out after suffering various difficulties from psychological stress due to her unresolved gender issues. After leaving college, she worked as a truck driver for her sex reassignment surgery.

Before starting her MMA career, she served as an operations specialist on the USS Enterprise and also worked as a truck driver in order to afford sex reassignment surgery. In 2012, she started fighting in MMA. In all of her 6 total fights, she won 5 fights by 3 knockouts and 2 submissions. Also, her 1 loss was with Ashlee Evans-Smith by Knockout.

Fallon has earned a decent amount of money through her job but she has not revealed her salary and net worth. Many websites and media have expected her not worth to be around $1M-$5M. However, she hasn’t unveiled her exact earnings. Till now, she hasn’t bagged awards and accolades. However, Fox was listed in the National Gay and Lesbian Sports Hall of Fame 2014.

After she got her license, many commentators brought up the question of whether a woman who was born male at birth should be able to fight in women’s divisions in MMA fighting. Likewise, UFC color commentator and stand-up comedian Joe Rogan opposed Fallon Fox receiving a license, saying,

After all the commotion, CFA co-founder Jorge De La Noval postponed her fight on April 20 which was going to be held on March 2 in Florida. However, De La Noval later stated that they stand behind her and give her all of their support. In addition, Fox also said in her video interview with Cyd Zeigler there should be an opportunity for transsexuals and she wishes to continue fighting in MMA.

Christo stands 5 feet and 7 inches or 1.70 cm tall and weighs around 65 kg or 144 lbs. She has blonde hair and brown color eyes. Furthermore, she had an athletic body during her MMA Career.

American TV host Wendy Williams talks bout her health scare and what worried her the most!