Reflecting on the personal life of Famke Janssen, previously she was in a relationship with York Alec Shackleton.

Then she married Tod Williams in the year 1995 but their married relationship couldn’t last long. They eventually got divorced in 2000.

While she was in a relationship with Frates, she also had an encounter with Josh Peck in 2009. There isn’t solid proof that leads toward her children. 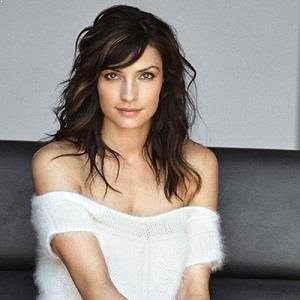 I love the first two X-Men movies because I thought that Bryan Singer did such a great job. He elevated that whole genre. He's a very talented director

Robert De Niro... It seemed like a pretty cool thing to do to put his name on my resume next

I like to go from mainstream movies to more artsy films. I don't sign on for the money. Maybe I should, but I don't. There's always a good reason for doing something.

Who is Famke Janssen?

Famke Janssen is a well-known Dutch actress, director, screenwriter, and former fashion model. She is best known for portraying the role of Jean Grey/Phoenix in the X-Men film series.

She is also known for her directorial skills in ‘Bringing Up Bobby’ in 2011.

Born as Famke Beumer Janssen in Amstelveen, Netherlands on 5 November 1964. As of 2022, she is 56 years old. She is of Dutch ethnicity and has the same nationality.

She was given both of her parent’s surnames, Beumer(mother), and Janssen(father). She has two sisters, Antoinette Beumer who is a director, and Marjolein Beumer who is an actress. She can also speak English, German, and French.

She studied economics for a year at the University of Amsterdam and attended Columbia University where she studied creative writing and literature. She graduated with a Bachelor of Arts degree in 1992.

Talking about the career journey of Famke Janssen, she is active in the entertainment field since 1992 and is still currently involved in it.

She began her career as a model in the beginning and signed with Elite Model Management and has worked with Yves Saint Laurent, Giorgio Armani, Chanel, and Victoria’s Secret.

She has already gained fame with her modeling career but she retired from modeling and started to appear in movies and television series.

In 1992, she debuted with the movie ‘Fathers & Sons as Kyle Christian and also in the television series ‘Star Trek: The Next Generation in the episode of the perfect mate as Kamala.

She got known to the world with the role of superhero Dr. Jean Grey which she portrayed in the Marvel Studios film X-Men.

She was also offered the role of Villainess Serleena in Men in Black II but had to abandon the film due to a death in her family.

Besides her acting career, she is also a director who made her debut in ‘Bringing up Bobby’ in 2011.

She is scheduled to act in movies and television series including ‘The Blacklist: Redemption, ‘Once Upon a Time in Venice’, ‘This Is Your Death, ‘Status Update’, and ‘A Little Something For Your Birthday.

Although her salary has not been disclosed, her net worth is said to be $20 million living a luxurious lifestyle.

She is rumored to have hooked up with Ryan Gosling in the year 2004.

Fame was not cast in the new X-men movie. And when asked for the reason, she blamed Hollywood being sexism and ageism.

Due to this statement, she was controversial and it is still talked about in the news because most of the industry people agree while others disagree.

She has Dark Brown hair and Hazel eyes. Her body measurements are 36-25-35 inches.