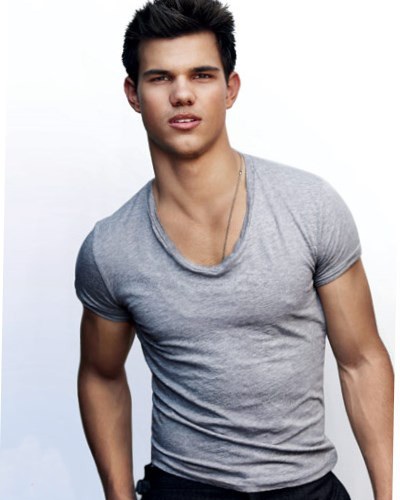 Taylor Lautner has been acting in Hollywood, movies since his childhood as a child actor. He was a good actor but he didn’t come to fame a lot. During his teen, he got an offer to play in a famous novel based movie “Twilight” as Jacob Black. After the movie released, his fan following increased suddenly. He is well known as a teen idol and sex symbol. He was ranked in the second position on Glamour’s “The 50 Sexiest Men of 2010” and has “Most Amazing Bodies” as well as the highest-paid teenage actor in Hollywood.

Do you guys know with whom he had dated? If you have any queries scroll down for more details inside…..

The two Taylors started dating in October 2009, looking loved up every time they were spotted together. However, the pair broke up by the end of the year with Swift allegedly much less interested in turning the relationship into a long-term thing. They also were featured in a movie together as a couple. The name of the movie is Valentine’s Day.

Sarah Hicks is an American orchestral conductor. She was born in Tokyo, Japan, and raised in Honolulu, Hawaii. She is Principal Conductor of Pops and Presentations for the Minnesota Orchestra, and Staff Conductor at the Curtis Institute of Music.
Lautner dated Sara Hicks before becoming famous in ‘Twilight.’ They were high school sweethearts but now are reported “just friends”.

Selena Gomez is one of the popular singers and film actors from the United States. Selena Gomez had also been in relation with Taylor Lautner for she met Lautner while filming in Vancouver. They were so much in love that they also went shopping together and made public appearances. But they broke up in 2009.

British American actress and model named Lily Collins had dated Lautner when they worked together in “Abduction”. she began dating the famous American actor Taylor Lautner. It’s true that The Twilight Saga star and the British actress were in a relationship in the past. Their relationship began in 2010 and they separated after a year in 2011.

Benson is well known American actress and model as well as “Pretty little liar”. Rumors of Lautner and ‘Pretty Little Liar’ star Ashley Benson dating began when they were seen together at a Los Angeles nightspot. Later reports said they were just really good friends.

Marie is a Canadian actress and model. Lautner and Marie Avgeropoulos worked on ‘Tracer in 2013. They were then seen holding hands in July of that year.

Lautner and Lourd started their relation recently from this Sunday.

During the wrap party of the series in West Hollywood they were caught making out with each other.

wrote the actress Billie as they both shared a passionate kiss. Since then they started dating. In the wrap party, the eyewitness told the E!news that they also joined in Abigail Bresil and showed PDA all day long. An eyewitness said, “he was sitting really close to Billie, whispering in each other’s ears twice and kiss.”

and now they had been to the poppy field to enhance their bonding and enjoy spring days.

He has been encountered by many girls as he has the charming personality as well as the sexy body but these are some of the well known and famous celebrities who he had dated and we got to know that he had strong bonding.

Taylor and Billie have split and currently, he is dating Olivia Holt. Both have been sighted at varius public events and functions.

Taylor Lautner is an American actor, model, and martial artist, best known for playing the role of ‘Jacob Black’ in “The Twilight” film series based on the novels of the same name by Stephenie Meyer. A teenage heartthrob, Lautner is ranked amongst the ’50 sexiest men’ in Hollywood and is currently the highest paid teenage actor in America. Lautner is extremely passionate about football, baseball, jazz and hip-hop dance, alongside acting. A three-time Junior World Champion in martial arts, his entry into Hollywood was through sheer hard work and determination. He began appearing in small roles on television and did few commercials too. More bio…