Fannie Flagg is an actress and writer. Fannie is not dating anyone currently. 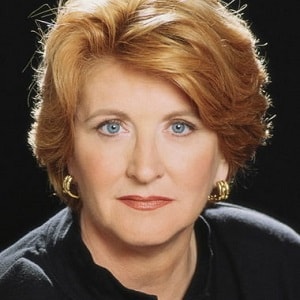 “Remember if people talk behind your back, it only means you are two steps ahead.”

She was previously dating an American writer Rita Mae Brown in the late 1970s. They met for the first time at a party in the Hollywood Hills hosted by Marlo Thomas but they later broke up.

She also lived for eight years with actress Susan Flannery.

Who is Fannie Flagg?

Fannie Flagg is an American actress, author, and comedian.

She is famous for the 1987 novel ‘Fried Green Tomatoes at the Whistle Stop Cafe’ and as a semi-regular panelist on the 1973-1982 versions of the game show ‘Match Game’.

She was born on September 21, 1944, in Birmingham, Alabama, U.S.A. Her birth name is Patricia Neal and she is currently 76 years old.

Her father’s name is William Hurbert Neal, Jr. and her mother’s name is Marion Leona. She spent her childhood in the Birmingham area.

She was inspired by her father in writing and performing at an early age, and she wrote her first stage play at the age of 10.

Fannie participated in the Miss Alabama pageant as a teen and won a scholarship to a local school for one year. She has spoken publicly about being dyslexic. She holds American citizenship but her ethnicity is Caucasian.

She hosted a locally produced Morning Show on WBRC-TV in Birmingham but later quit the job and made her way to New York City. She studied at the University of Alabama.

She began writing for the New York nightclub Upstairs at the Downstairs during the 1960s. she replaced one of the performers and caught the attention of Candid Camera creator Allen Funt and invited Fannie on his show and she became a performer later.

She came first in fiction for a short story that she had written at the Santa Barabara Writer’s conference in 1978. The story became the novel ‘Coming Attractions’ and published in 1981 and at the same time, his father and mother died.

Her novel ‘Fried Green Tomatoes at the Whistle Stop Cafe’ was published in 1987 and it remained on the New York Times bestseller list for 36 weeks. She wrote the screenplay based on that book and made the 1991 film ‘Fried Green Tomatoes’ and she was nominated for an Academy Award.

She appeared on the game show ‘AMtch Game’ and her acting credits include ‘The Best Little Whorehouse in Texas’, ‘Five Easy Pieces’, ‘Stay Hungry’, ‘Grease’, ‘Crazy in Alabama’, etc.

She was nominated for Academy Award in the category Best Adapted Screenplay for the ‘Fried Green Tomatoes’ in 1992 and nominated for the Writer’s Guild of America Award in 1992.

Her net worth as of 2021 is $1.5 million(estimated). She has not revealed any data about her income and salary.

She has not been involved in any rumors and controversies to date neither in her personal life nor in her private life.