Fantasia Barrino is an American R&B singer, songwriter, actress, and author. Fantasia is married with two kids and expecting the third. 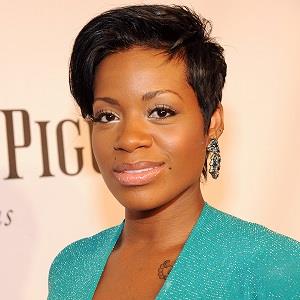 Have a little faith. Don't give up.

I want people to just to see, all you got to do is have a little faith.

I feel like a good mom. I'm a strong woman now... Don't look down on me. Pray for me because I'm trying.

Fantasia Barrino is married on 19 July 2015. She is married to the American businessman Kendall Taylor on 18th July 2015. The couple started dating each other back in 2013 and they got engaged in September 2014.

And, she is pregnant with her third baby revealed in January 2021. Further, it is her and her husband Kendall’s, first child.

They are still together and there is no sign of divorce at all.

Talking about her past relationships, Fantasia dated Brandel Shouse for several years in her teenage. She gave birth to her first daughter, Zion Quari Barrino at the age of 17. The couple was together fr0m 1998 to 2003.

After that, she dated the American football star Michael Clayton for two years in 2004 and 2005.

She was also in a relationship with the famous American rapper Young Dro for two years from 2007 to 2008.

In 2009, she had an affair with Antwaun Cook. The couple was together for over three years and they broke up in 2012. She became a mother for the second time in 2011. She gave birth to her second child Dallas Xavier Barrino on December 13, 2011. Fantasia did not reveal the name of the father.

Who is Fantasia Barrino?

Fantasia Barrino, professionally known by her mononym Fantasia is a famous American singer, songwriter, and actress. She is the winner of the third season of the reality television series American Idol 2004.

She was the youngest Idol winner at that time. Her debut single, “I Believe” debuted at number one on the Billboard Hot 100.

She is the daughter of African-American parents Diane Barrino(mother) and Joseph Barrino(father). He has a brother named Ricco Barrino who is also a songwriter. She was raised in High Point, North Carolina with her parents.

She was educated at Andrews High School in High Point, North Carolina.

She was raped by a classmate during her high school time and she dropped out of high school. She was interested in singing since her childhood age and she began singing at the age of five.

Fantasia began her career as a singer in 2004, winning the third season of American Idol in 2004. She won the competition at the age of 19 and became the youngest contestant to win the title. She released her first album, Truth Is in 2005. Her single “I Believe” hit #1 on the Billboard Hot 100 that year.

In 2006, she was nominated for three Grammy Awards for her debut album. She made her acting debut in 2005 playing herself in the film based on her autobiography Life Is Not a Fairy Tale. She appeared as Clarissa Wellington in the TV film The Simpsons same that year.

She won the Vibe Music Award- R&B Voice of the Year in 2005. Fantasia received two Grammy nominations for her sophomore release, Fantasia.

Fantasia Barrino has a net worth of $7 million according to the sources but her salary is not revealed yet.

There is no rumor of her being in an affair at this time. Fantasia was criticized for posting negative posts about gay marriage on her Instagram account.

Fantasia Barrino has a height of 5 Feet and 7 Inches. Her body weighs 58kg. She has black hair and dark brown eye.

Talking about the body measurement of Fantasia, her body figure measures 36-26-34. Her bra size is 36D.

Furthermore, also find out more about the early life, career, net worth, relationships, and controversies of singer, songwriter, and actress like Sarah Litzsinger, Brandi Cyrus, and Miranda Cosgrove.