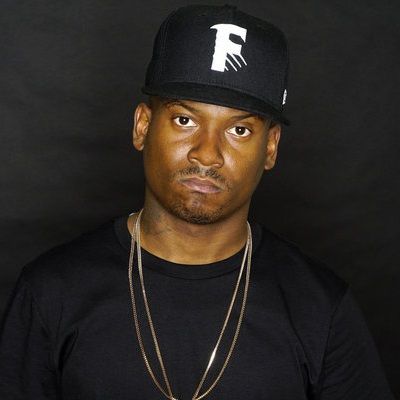 Currently, Fashawn is in a relationship

However, his Instagram posts suggest that he is in a relationship for thirteen years. He has a daughter, Hannah. Currently, she is studying in Grade four.

The rapper shares his home with three puppies.

Fashawn is an American rapper and songwriter. He is renown as the singer of the album, Boy Meets World.

In 2010, Fashawn was featured in XXL Magazine as the Top 10 Freshmen issue.

The rapper is currently searching for a DJ for his next tour on Twitter.

Fashawn was born Santiago Leyva on the 19th of October 1988, in Fresno, California. He is of Spanish ancestry.

He has a sister.

Fashawn had a tough life as a child. His father was imprisoned while his mother was a drug addict. Due to this reason, he spent some time in a child’s home along with his sister. Later, his uncle took their custody as a father figure.

By the age of 8, Fashawn started writing songs. Later, in 2000, he was fully devoted to writing songs. He released his first mixtape, Grizzly City. MC Planet Asia invited him to tour with him after listening to the mixtape. In order to join the tour, he dropped out his school.

Till 2008, he established himself as a rapper in Central California. Some of his mixtape during the time include The Phenom, Grizzly City 2, The Phenom 2, Higher Learning, and One Shot One Kill.

-2009, performed at various parts of the United States along with artists like Ghostface Killah and The Grouch. In the same year, he released his debut full-length album, Boy Meets World in collaboration with producer, Exile.

-2010, he featured on the magazine, XXL as Top 10 Freshmen along with rappers like Wiz Khalifa, J. Cole, Big Sean, Nipsey Hussle, Jay Rock, and Freddie Gibbs.

-2011, he toured with Wiz Khalifa, Talib Kweli, and Brother Ali.

-2012, collaborated with the rapper Murs to release the album, This Generation which peaked at rank#164 at US Billboard. In the same year, he organized the hip-pop festival, Grizzly Fest 2012 in his hometown.

-2014, he signed with the recording label, Mass Appeal Records.

Apart from that, he earns through his concerts.