Fat Joe, is an American rapper and actor. He is married to Lorena Cartagena and has two children with her.

Fat Joe and Lorena were together for a long time. In the year 2007, she gave birth to a daughter, Azariah. Then they welcomed their son named Ryan Cartagena. Joe also has a son Joey Cartagena from his previous affair.

During 2012, Lorena had decided to separate from Joe after finding out that he was cheating on her with a woman from Dubai.

By the time of separation, he had been sneaking behind her back for about a year. However, they have been spotted together at events in recent years.

Fat Joe had an affair with author Karrine Steffans. Fat Joe has been linked up with model and shoe designer Emily Bustamante for a long time. He reportedly started his extra-marital affair with her in 2004.

Some tabloids even reported that she was also one of the reasons behind his alleged separation from his wife Lorena in 2012. 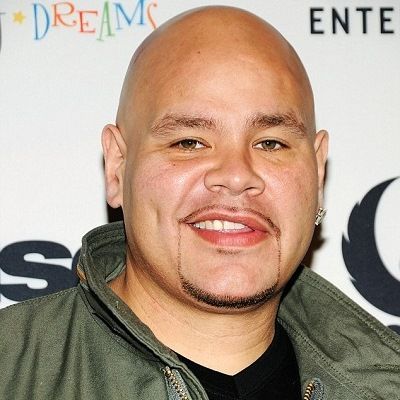 I'm used to young people dying by gettin' shot. Ya know, a lot of my friends have died by gettin' shot, killed, or an accident. But I've never seen a young nigga die 'cause he was fat. -- on Big Pun

As a little kid, I watched hip hop get created. So it's an honour for me to represent the Bronx, the motherland of hip hop

My coldest days, my darkest days, ain't no sun out, all I got is my fans. They the only people I ride for. Believe it or not, if you're a real Fat Joe fan, a Terror Squad fan, I do it for ya'll.

Who is Fat Joe?

Fat Joe is an American rapper. He is also an actor. He is a part of the music group Terror squad’ and ‘D.I.T.C.’

This rapper has worked in the movies, including ‘Happy Feet’, ‘Scary Movie 3,’ and a Netflix series, ‘She Gotta Have It.’

Fat Joe was born as Joseph Antonio Cartagena on August 19, 1970, in The Bronx, New York City, New York, the United States. He is a Leo.

His father is Ernesto Delgado and mother, Marie Cartagena, of Puerto Rican- Cuban ancestry. He has a fear of flying. Because of this fear, he rarely performs outside of the East Coast.

Fat Joe signed a contract with ‘Relativity Records’ as a part of the group D.I.T.C. Diggin In The Crates Crew and used the stage name ‘Fat Joe da Gangsta.’

He released his debut album, ‘Represent,’ in 1993. The album included works from artists, such as Diamond D., Lord Finesse, and The Beatnuts, among others.

His second album ‘Jealous One’s envy’ 1995 included contributions from Diamond D., and the acclaimed artist, KRS-One. A single, ‘Envy,’ from this album reached number 8 on the ‘Hot Rap Tracks chart.

This was his most successful album and was certified platinum. R. Kelly’s single, ‘We Thuggin,’ from this album became popular and Irv Gotti’s ‘What’s Luv?. Joe’s sixth album ‘All or Nothing’ was released in 2005; it had guest features by Eminem, Nelly, R. Kelly, and Mase, among others.

He came out with the seventh album ‘Me, Myself & I,’ which was his first with a new label, ‘Virgin Records in 2006.’ This album included the hit single ‘Make It Rain’ by Lil Wayne.

However, his eighth solo album, ‘The Elephant In The Room’, was distributed by ‘Imperial Records.’ Fat Joe’s next album, ‘The Darkside Vol. 1’.

Apart from his music career, he has also dabbled in ventures such as a fashion line ‘FJ560,’ a barbershop, and a clothing store, ‘Fat Joe’s Halftime.’

As of 2022, he has an estimated net worth of around $6 million US. As an American rapper, his salary is not known.

Joe was selling his newly built mansion in some place called Plantation, FL for $1,999,000. The home has 5,342 square feet with four bedrooms and 3.5 bathrooms among the main house and a second-floor guest house.

He was arrested for stealing a gold chain, and later in September 1998, he and Big Pun were arrested on assault charges. He has been a witness in murder cases.

Also get to know more about Murs, Elzhi, and Gift of Gab.