Skip to content
Married Biography
Married Biography / Entertainment / Father-Daughter Union; Kristin Cavallari Reunited With Her Father Dennis For The First Time After The Death Of Her Brother! 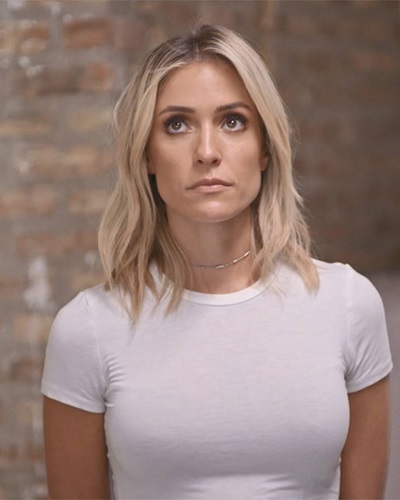 Kristin Cavallari reunited with her father the first time after the death of her brother. Dealing with the death of someone near to you is very hard.

Very Cavallari star Kristin and her dad went through the pain after losing her brother. The father-daughter duo distanced after losing one of the members of their family.

They are back together for the first time after the big loss they had to go through.

After the death of the reality’s star Kristin’s brother Michael back in 2015, she and her father Dennis had distance between them.

Finally, after years, she reached out to her father on Thursday’s episode of Very Cavallari. In the episode, she went back to a time when she lost her brother.

The reality star remembered the tragic period of her life when she lost her brother to hypothermia following a car accident in 2015. He was the last one who would hold the Cavallari surname and take it to future generations. Meanwhile, she described her point of view discussing it with her husband Jay Cutler:

“With my brother being gone there’s no one else, on my side of the family, carrying on the Cavallari name. My brother was the last Cavallari.”

The tragic loss also brought some distance between her and her father Dennis Cavallari. After all these years, the reality star decided to reconnect with her father giving her deeper ties to the family. Furthermore, she also described on the camera about her desire to reunite with her family saying:

“I’m interested in researching the Cavallari name and developing relationships with my extended family. Also, I just want my kids to have a really good understanding of where they come from.”

Kristin’s will to reconnect with her father

The reality star described that looking at her friend Audrina Patridge, and Heidi Montag started reminding her of the importance of the family. She also admitted over the years she has distanced herself with her father.

Furthermore, talking about her interest to reconnect with her father, she also described she wants to learn more about her family.

“I’m interested in researching the Cavallari name and developing relationships with my extended family. Also, I just want my kids to have a really good understanding of where they come from.”

On the other hand, her father was very supportive of her idea and agreed to join her in Los Angeles. He met up with her daughter and her husband Jay to discuss the family tree of the Cavallari.

She also explained in the video she wants to learn about the roots of her family. The reality star explained on the confessional video saying:

“I really want to pick his brain on what he knows about the Cavallari name,’ Kristin explained in a confessional. And I know he has a lot of photos, obviously, he knows a lot more about my great-grandparents than I do. You know, my grandparents that came over from Italy.”

In the video, she showed family photos including his grandfather Frank Cavallari who came to the United States in 1903.

The reality star also noticed that her dad look so much like her brother who died in an accident at his young age. She who is totally determined about learning about her family tree also submitted her DNA kits.

Meanwhile, she found out one of her cousins still lives in Monterado, which has a population of about 2,000 people.

You may also read- Cheyenne Floyd and Cory Wharton’s daughter Ryder is in hospital, does not want the father to know about it!

Kristin Cavallari is an American TV personality, actress, fashion designer, entrepreneur, and author. She shot to fame with the reality TV show ‘Laguna Beach: The Real Orange County’ which revolved around the lives of a group of teenagers and young adults from Laguna Beach. See more bio…

You may also read- A doting father!  Matt Damon inks himself in honor of his four adorable daughters!