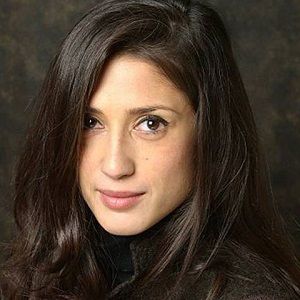 Bhutto’s case was not a trial of murder, rather it was the overt murder of a trial

But show me just this one thing, my darling, i seek a heart stained like a poppy flower.

You will have to pay for your choices much more than you realize.

She seems to be single and isn’t engaged in any relation now. She may be focused to build up her career and then move towards her building her relations.

Who is Fatima Bhutto?

Born on May 29, 1982, she is now 36 yrs old. Her birthplace is in Kabul, Afghanistan. Her father’s name is Murtaza Bhutto who is a Pakistani politician. Likewise, her mother, Fauzia Fasihudin Bhutto is the daughter of Afghanistan’s former foreign affairs official in Kabul.

She was three yrs old when her parents divorced. After that, she stayed with her father and used to move from country to country and she grew up effectively stateless. During the military regime of General Zia-ul-Haq, her father was in exile. In the year 1989 in Syria during his exile, her father met Ghinwa Bhutto, a Lebanese ballet teacher and they get married. And Bhutto considers Ghinwa as her real mother.

Her father gets killed by the police in Karachi in the year 1996. Then she stayed with her stepmother and her half-brother Zulfiqar Ali Bhutto Jr. in Old Clifton, Karachi.

Bhutto hasher secondary education at the Karachi American School. Then she has her graduation from Barnard College, Columbia University in New York, U.S.A with a B.A. degree in 2004. She has majored in Middle Eastern and Asian languages and cultures. Furthermore, she has also received her M.A in South Asian Studies from the SOAS, the University of London in 2005, where she wrote her dissertation on the resistance movement in Pakistan.

She was just 15 yrs old when she published her first book named Whispers of The Desert in 1998. Likely, she wrote her second book 8.50 a.m. 8 October 2005. The book is based and marks the moment of the 2005 Kashmir earthquake.

In the year 2010, her family memoir Songs of Blood and Sword was published with acclaim. In that book, she accuses her aunt Benazir and her husband Asif Zardari for killing her father Murtaza. But the book got mixed to a negative review from critics as it was based on the history of her family. Several family members also accused her of falsifying information.

Her first fictional novel The Shadow Of The Crescent Moon was published in November 2013. In the year 2015 Bhutto’s short story titled Democracy, an e-book, under Penguin Books was released. Her latest novel was The Runaways published by Penguin Viking.

After the assassination of her aunt, Benazir Bhutto, she has her entrance into politics. Talking in an interview, she stated that she now prefers to build up her career in writing, rather than through elected office. She is not affiliated with any political party.

Her debut novel was nominated for the Women’s Prize for Fiction, formerly known as the Orange Prize. And she hasn’t received any award yet.

Her net worth is unknown. Though she must have a great lifestyle as she belongs from a rich and big reputed family.

She must have to maintain a good relationship with all others. And so she doesn’t fall into any rumors and controversies.

The information about her height and weight are unknown. She has brown colored hair and black colored eyes.