Faze Rain is possibly single at the moment. As of now, he hasn’t introduced anyone as his girlfriend or lover in the media.

Earlier, he was in a relationship with a girl named Taylor. He also featured his then-girlfriend in some of his videos including “MEET MY GIRLFRIEND!” in December 2014.

In early 2016, they ended up their relationship. 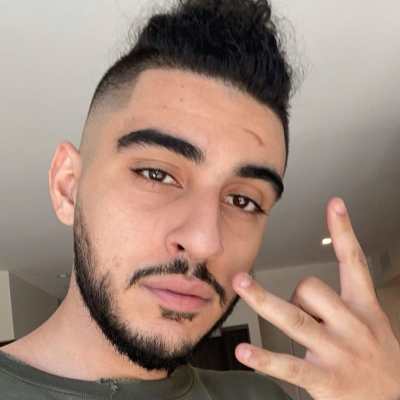 Who is Faze Rain?

When he was seven years old, his parents got separated. The name of his mother is Sue whereas his biological father’s identity is unknown. He has a biological sister and two step-siblings.

His step-brother’s name is Josh. Further, his academic background is under the curtains at the moment.

He holds Canadian citizenship and he is of mixed (Syrian and All-American) ethnicity.

On December 29, 2010, Faze created his YouTube channel under the username TrickShotting. He uploads gaming-related videos including, “Let It Rain”, “No Rain Tonight”, “Funnies & Fails”, and “Leftovers”. In October 2014, he reached his first million subscribers.

Later on, he started posting a variety of content videos related to pranks and challenges. Some of his most viewed videos include “Vape Lord Nord goes to Vape Con”, “FaZe House Rects to Getting Black Ops 3″, FaZvs Little Kids Rain”, and “Insane Packing Peanuts Prank”. As of now, he has uploaded more than 1.6k views and has garnered over 5.41m subscribers.

He has also a second YouTube channel under the name ‘Nordan Shat’ with over 1.71 subscribers. Besides, he was a member of the FaZe Clan, a Call of Duty sniping clan owned by Thomas Oliveira.

Faze attempted to take his own life by overdosing on Advil, which didn’t go well as he was in the hospital for a week. He also shares the experience on his YouTube channel.

In March 2020, FaZe house kicked him out of the mansion as he had been addicted to drugs and his consequential mental health issues.

Faze is a professional gamer and active on YouTube since 2010. As of 2022, he has an estimated net worth of around $3 million. According to the social blade, he earns in the range of $680 to $10.9 thousand per year from his YouTube channel.

Apart from YouTube, he also earns through his merchandise and endorses several brands.

The internet sensations stand at the height of 5 feet 11 inches tall. His weight is about 75 kg. Likewise, he has a brown pair of eyes and black hair color.

He has tattoos on his both hands. His shoe size is 11 US.