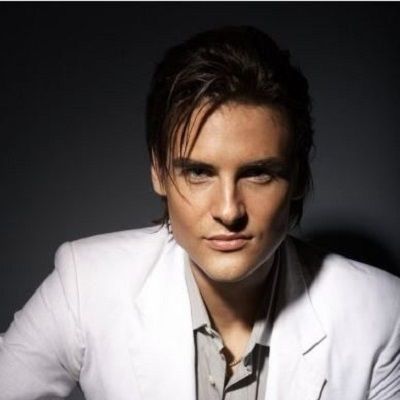 “I’ve been very fortunate to experience rather diverse fields of work in my lifetime. From being an athlete, model, actor, race car driver, and a coach, I’ve come away with tremendous knowledge of many different walks of life. It’s these experiences that have helped shaped my personality and given me a new outlook on society.”

Fedor is married to Meryl Davis. The couple has been together since the fall of 2010. They got engaged in July 2017.

Meryl is an Olympic figure skater and Dancing With The Stars season 18 winner. They got married on Saturday, June 22nd, 2019 in the garden of the 18th-century Le Mas des Poiriers farmhouse located in the South of France.

Who is Fedor Andreev?

Fedor Andreev is a Russian-Canadian figure skater. In the category of single skating, he is a junior champion and has won a bronze medal and is a Canadian bronze medalist.

The talented figure skater was born on March 2, 1982, in  Moscow, Russian SFSR, Soviet Union. As of now, he is 37 years old. He is the son of Marina Zueva. His mother is an ice dance coach.

He is of Russian-Canadian ethnicity. In addition, he has dual citizenship of Russia and Canada.

Fedor started his career as a skater with the Ottawa-based club, ‘Minato Skating’. During this time, he won a number of medals on the Junior Grand Prix. Moreover, he also became the junior national champion.

After that, in the year 2000, he moved to Xichang. In that time, he again won titles including a bronze medal at the Nebelhorn Trophy. Furthermore, he also came in third-place at the Canadians nationals in 2003. After that, he started having an interest in ice-skating. He even considered switching to pair skating with Jennifer Kirk. Unfortunately, his repetitive injuries forced him away from the ice-skating.

Andreev did make a comeback to the competition in the 2007-2008 season. He even came in the 8th position at the 2008 Canadian Championships. Moreover, he came in 9th at the 2009 Canadian Championship. Unfortunately, because of his paperwork of changing his country of affiliation to Azerbaijan to represent that country at the 2009’s World Championship, he was disqualified and was not allowed to compete.

Similarly, he was again disqualified for the second time in the 2009-2010 season to compete in the European and world championships. Additionally, he debuted at the Golden Spin of Zagreb and further competed in 2011’s Russian Nationals along with his partner, Jana Khokhloval and were able to achieve the fifth position. Currently, he is working at Boston Consulting Group and has also modeled for Abercrombie & Fitch.

Andreev has won several medals in his career. He is the 2003 Canadian bronze medalist and 1999 junior national champion. Furthermore, he has also won a number of medals on the Junior Grand Prix.

His exact net worth has not been revealed yet. However, he has an estimated net worth of around $100k to $1 million. His salary remains unknown. His source of income is Boston Consulting Group and he has also modeled for Abercrombie & Fitch.

Talking about the controversies, he was disqualified two times and was not allowed to compete as he because of his paperwork of changing his country of affiliation to Azerbaijan to represent that country at the 2009’s World Championship.

Fedor has a height of around 6 feet 1 inch. However, there is no information about his weight. Furthermore, he has dark brown hair and green eyes.

You may also like to read about the bio, career, net worth of Ashley Wagner, Peggy Fleming, Gracie Gold.

Meryl Davis and Fedor Andreev walks down the aisle! She says, “to celebrate us and this time in our lives — just means so much”