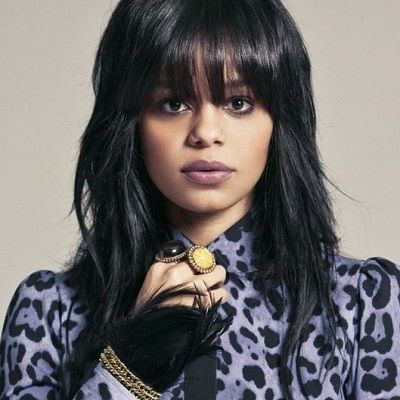 The things that drive me are poverty, and pain, and knowing that I don't want to end up being alone and I want to do something with my life and I want the name Dobson to remain in everyone's heads. Basically, just to rock and be the best performer I can be, and be true, and be real, and give people the real Fefe, nothing fake, all real.

It's like I've experienced quite a weird and unusual life, you know, being with a mom who's a single parent and struggling with money and things like that. It's really hard. And it brings a lot of other insecurities in life and a lot of other issues in life, in school and a bunch of other things."

When you're young you don't think, 'This person is going to change your life.' But when you start recording your own songs, it comes back and reminds you.

Fefe Dobson is happily married to her long term boyfriend Yelawolf. They married on 27th September 2019 in Nashville, TN. They met each other 10 years ago.

They were engaged in July 2013. They broke their relationship in 2016. But reconnected again after some time. She shared the news of their marriage with a long Instagram caption.

Who is Fefe Dobson?

Fefe Dobson is a Canadian singer and songwriter known for singing in genres like pop-rock, pop-punk, and power pop. She won the 2012 Canadian Radio Music Awards- SOCAN Song of the Year.

Fefe Dobson was born on 28th February 1985 in Scarborough, Ontario, Canada. Her mother is of English, Dutch, Aboriginal, and Irish ethnicity and her father is of Jamaican heritage. She has a sister Tanya Dobson and two brothers Cullen Dobson and Sheldon Dobson.

Dobson attended Wexford Collegiate Institute. Similarly, she took singing lessons at the New Conservatory of Music in Agincourt, Scarborough to improve her singing.

She graduated from Heritage Park Public School. She started writing music at the age of 13.

Fefe met Jay Levine and was contracted with Chris Smith. Chris is the manager of Nelly Furtado. He arranged her with many companies. Universal Music Canada’s president Randy Lennox was interested in her.

On 9th December 2003, she released her self-titled album which she sold 307,000 copies. It had singles like Bye Bye Boyfriend, Take Me Away, Everything and Don’t Go.

Her second album was Sunday Love. She collaborated with many artists. Her album had songs like As a Blonde, In the Kissah, If I Was a Guy, Get You Off and others.

Likewise, her other album was Joy. It included tracks like Intro, Ghost, Sluttering, You Bitch and others.

In the year 2012, Fefe appeared as Cherry C. in Home Again for which she was nominated for Supporting Role and Kim in Christmas in Compton. She has also appeared in TV series like All That, American Dreams, True Jackson VP, Hellcats, The Listener , and Degrassi: The Next Generation.

She had a house in Toronto, Canada where she spent her childhood.

Fefe accused Rihanna of stealing her style and copying her tattoos back in 2009. Other than that, she has not been part of any big rumors and controversy.

Dobson has dark hair and eyes. She is 5 feet 1 inch tall but she claimed that she is 5 feet 4 inches on Twitter.