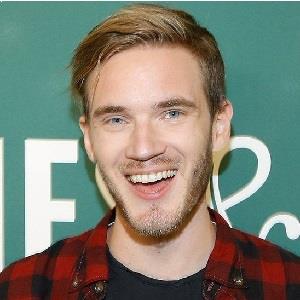 Past relationships of Felix Kjellberg is not known. He is currently in a relationship with Marzia Bisognin, an Italian YouTube personality. The two first met each other through a friend of Bisognin’s in 2011. After the establishment of their online friendship, Felix flew to Italy to meet her. They have been together since October 2011.

The duo resided in Sussex, England for a period of time but Felix later moved to the UK in July 2013 for better Internet connectivity. The couple has not discussed the future of their relationship at the moment and no news regarding affairs of any kind is known till date. Felix doesn’t have any children from any of his relationships.

Who is Felix Kjellberg?

Felix Kjellberg is a Swedish YouTube personality, comedian and video producer better known as his online pseudonym PewDiePie. He is the most subscribed user on YouTube since 15 August 2013. His channel currently has more than 54 million subscribers and his channel has received over 14 billion views till date. Felix was named one of “The World’s 100 Most Influential People” in 2016 by the Time magazine.

Felix was born in Gothenburg, Sweden as the son of Lotta Kristine Johanna and Ulf Christian Kjellberg. He was raised there and he grew up with his sister Fanny.

Felix was enrolled at Göteborgs Högre Samskola and graduated from there in 2008. He later joined the Chalmers University of Technology to pursue a degree in industrial economics and technology management but he dropped out of the University in 2011.

Felix was interested in art since his early years. He noted that he used to skip classes during his high school to play video games at internet cafes. He loved photoshop and was also part of a photoshop contest once.

Felix started his YouTube career as a game commentator. He reacts to various games and he plays through them. His early videos mainly focused on horror and action video games. He later started his weekly vlogs series on 2 September 2011. After the gradual growth of his channel, he started to branch out and started uploading live-action and animated comedy shorts. Felix has been adored by many due to his individual efforts in his videos. He has refused to hire any editors for assistance in his channel.

Felix has been an inspirational, debatably most inspirational YouTuber of this generation. He has a large supporting and loving fan base all around the globe. His channel reached the milestone of the most subscribed channel on 18 February 2013. His channel has since then only expanded more and more. He also has more than 10 credits as an actor for various video shorts, movies, and television series. Some of the movies and shows that he has been part of include ‘Internet Icon’, ‘Let’s Animate’, ‘Vennori’, ‘South Park’, ‘Tomorrowland’, ‘Smosh Babies’, ‘Pugatory’, ‘Scare Pewdiepie’ and others.

Felix has also been active in numerous charity programs in his career. He has donated a large sum of money to multiple organizations including World Wildlife Fund, Charity: Water, Save the Children, RED and more. He also released his own video game ‘PewDiePie: Legend of the Brofist’ on iOS and Android. His book titled ‘This Book Loves You’ was released by Penguin Group on October 25, 2015.

Although the exact figure of Felix’s salary is not known, his net worth is estimated to be around $ 61 million. Felix has numerous award wins to his name including the Starcount Social Star Awards, 5th Shorty Awards, Teen Choice Awards, and Golden Joystick Awards.

Although there are perks of being a famous YouTuber, there are also various downsides to it. One of which is involvement in controversies. Felix’s videos have often been subjects of numerous controversies. Some of his videos are criticized for containing anti-Semitic jokes or Nazi imagery. Although he has apologized numerous times for the action, the controversies have not yet left his career.