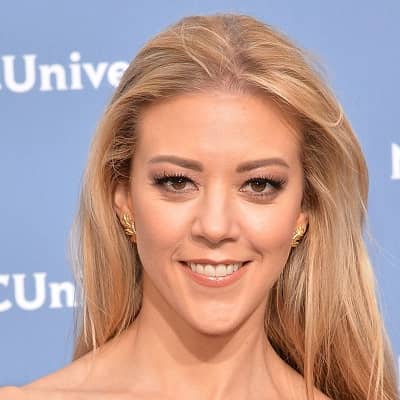 The couple was dating since 2014. Their marriage details are not available.

Fernanda was posting beautiful photos of her pregnancy on her Instagram account. And on Dec 19, 2020, they welcomed their son, Liam Hayser Castilo. She was hospitalized almost a month after the birth due to birth complications.

Lately, she posted a picture on her Instagram handle where is breastfeeding her son.

Who is Fernanda Castillo?

Fernanda Castillo is a Mexican theater, television, and film actress.

She is popular for appearing in movies like El Señor de los Cielos, Parallel Roads and El huésped.

Fernanda was born on  March 24, 1982, in Distrito Federal, Mexico. Her full name is María Fernanda Castillo García with Mexician and Spanish ancestry.

Castillo’s mother’s name is Cecilia Garcia and her father’s name is not known. Fernanda was interested in acting and dancing from her young age. And so she learned classical and jazz dance at her early age.

She studied at Centro de Educación Artística for three years and graduated in the year, 2003.

Fernanda has always dreamt of being an actress from her young age. Pursuing her dreams she started her career in 2000 from You are my Destiny. And she played in different telenovelas,  ‘Mi Destino Eres tú’, ‘Las vías del Amor’, ‘Mujer, Casos de la Vida real’, and  ‘Clap, el Lugar de tus sueños’.

It was in 2005, she acted in the film ‘Corazón Marchito’ which gained her popularity. In 2006, she joined Cabaret as a dancer and later did the casting for Hoy no me puedo levantar. A Year later, she appeared in Destilando Amor andDéficit in 2018.

And in 2018, she gets to play the first main role in the movie, Una mujer sin filtro. Afterward, she again has the lead role in the telenovela Enemigo íntimo. She then starred in ‘Sacúdete las penas’, ‘Ya veremos’, ‘Mi pequeño gran hombre’  in 2018, and  ‘Dulce familial’ in 2019. And her latest series was Intimate enemy.

Fernanda has been working in the entertainment industry since 2000 and appeared in various movies and series.

And her net worth of around $5 million. Her other earning details are not available.

The star has kept a low profile about her personal life. And so she hasn’t appeared in any kind of rumors and controversial news.

She has dark brown colored hair which she prefers to dye into blonde mostly. Likely, she has dark hazel colored eyes.