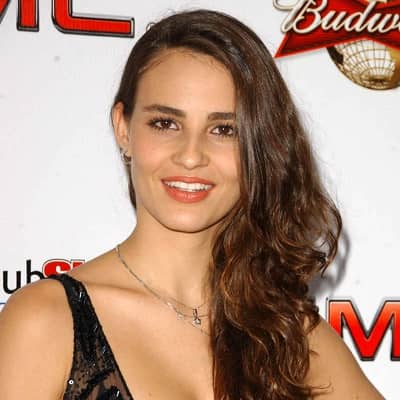 Fernanda Tavares’s current relationship status is married. She is married to a Brazilian actor, Murilo Rosa.

Previously, Fernanda was in a relationship with Tyson Ballou.

Who is Fernanda Tavares?

Fernanda Tavares is best known as a Brazilian model. Being a supermodel she has worked with various brands and designers including Victoria’s Secret, Guerlain, Chanel, Versace, etc.

Fernanda was born on September 22, 1980, in Natal, the Rio Grande do Norte, Brazil. Her father’s name is Fernando Tavares and her mother’s name is Cheilha Correia.

She belongs to Portuguese-Brazilian ethnicity and is of Brazilian nationality. Fernanda started walking in the local fashion shows at 9 yrs old.

When she was just the age of 13 she became the “Elite Look of the Year”. There is no information about her education.

In 1994, Fernanda Tavares started receiving invitations from modeling agencies so that she can start her career in modeling full time after going to São Paulo.

She started appearing on the covers of fashion magazines L’Officiel Paris, Deutsch, and U.S. Marie Claire and Vogue Paris when she was just 17 yrs old. Fernanda signed up with the Marilyn Modeling Agency in both New York City and Paris.

Furthermore, she appeared in numerous other popular magazines and flourish her career in the modeling industry. She works for ELLE, Cosmopolitan, Allure, and many more.

She debuted with Ready to Wear Autumn / Winter 1999 Fashion Show where she walked the ramp for Exte, Loewe, and Roberto Cavalli.

Her first TV Show debut was from Superbonita in 2000. Fernanda has appeared in 2003 and 2007 editions of Sports Illustrated Swimsuit Issues.

In 2007, she appeared in the action-comedy film Gomez & Tavarès, la suite for her role as Francesca.

This model has a net worth $20 million. The model also has various brand endorsements and earns through advertisements.

Till the date, she has maintained her career as a model and has not been in any rumors and controversies.

Fernanda Tavares stands tall with a height of 5 feet 10 inches and weighs 64 kg (141 pounds). She has dark brown colored hair and eyes.

Likely, her Facebook page also holds around 11K following. Furthermore, She has her own YouTube channel with around 22.5K subscribers.