Fernando Colunga is an actor. People mostly know him for his work in Mexican telenovelas. 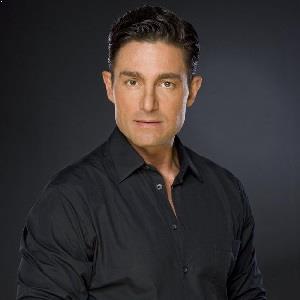 Fernando Colunga dated Mexican Singer Thalía from 1994 to 1996. He also dated Mexican Actress Aracely Arámbula from 2000 to 2001.  He was married to Natalia Fernández Varela Carral from 2006 to 2014. At present, he is believed to be in a relationship with Blanca Soto.

Who is Fernando Colunga?

Fernando was born in Mexico City, Mexico on March 3, 1966, to parents Margarita Olivarez and Fernando Colunga, Sr. His father is an engineer. He always wanted to become an actor since his childhood years. He is of Mexican nationality. Furthermore, he belongs to Mexican ethnic background.

Talking about his education, Fernando received his drama education at CEA (Centro de Educación Artística de Televisa). Additionally, he graduated from the University of Mexico and majored in civil engineering.

Fernando initially had a hardware store and was an auto dealer. Later, he decided to pursue his career in acting. In 1986, he appeared in the TV series ‘La telaraña’. Next, in 1988, he appeared in ‘Alcanzar una estrella II’. Similarly, Fernando also appeared in the Tv series ‘Madres egoístas’. Since then, he has appeared in numerous other movies and television series. All in all, he has over 25 credits as an actor.

Some other movies and television series that Fernando has appeared in are ‘Passion and Power’, ‘Ladrones’, ‘Love Rules’, ‘En ausencia de ti’, ‘A Woman of Steel’, ‘Mañana es para siempre’, ‘Ladrón que roba a ladrón’, ‘Pasión’, ‘Alborada’, ‘Real Love’, ‘Embrace Me Tightly’, ‘Cuento de Navidad’, ‘Más allá de la usurpadora’, ‘Humble Maria’, and ‘María Mercedes’ among others. Additionally, he also has a credit as a stuntman.

Fernando has not revealed his current salary. However, he has an estimated net worth of around $ 3 million at present.

Fernando has been linked with several rumors throughout his career. Over the years, he has been rumored to have been involved in relationships with Nora Salinas and Adela Noriega. Furthermore, he has not been part of any notable controversies as of now.

Talking about his body measurement, Fernando has a height of 6 feet 1½ inches (1.87 m). Additionally, he weighs around 79 kg. Furthermore, his hair color is dark brown and eye color is light brown.