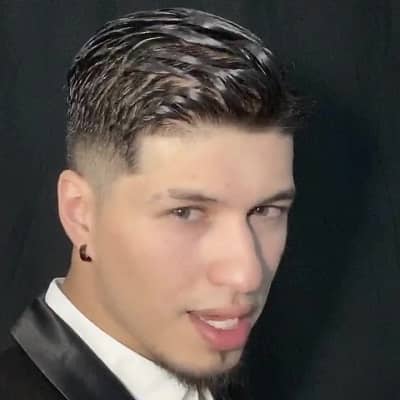 Fero Fahima has never anything officially about his relationship status. Although he seems to be married and resides with his wife.

He has twin daughters, Aaliyah, and Ava. They were born in the year 2013. Fero also often features them in his videos, yet he hasn’t revealed about their mother.

Who is Fero Fahima?

Fero Fahima is a popular Content Creator and an Online Streamer.

He gains popularity after his Dramatic point-of-view and lip-syncs videos in his TikTok account, ferofero. Moreover, Fahima is famous for his Twitch streams and Youtube videos.

Fahima was born on. 31 March 1994 in California. He belongs to the Muslim religion and ethnic group.

Despite being a popular internet star, his father’s and mother’s name is unknown. His father owns a business in California and his mother is a homemaker.

Fero used to play football in his teens. He was primarily playing the safety position.

Fahima attended Diablo Valley College from where he attained a degree in Drama. He used to professionally participate in various junior level tournaments during his school days.

At his young age, Fero was a football player and used to playing different junior tournaments. And he came into the limelight as a content creator. The TikTok star makes various dramatic point-of-view and lip-sync, comedy, and reaction videos as per the trends. Fero started making lips sync videos seeing the likeness of Charli D’Amelio’s TikTok videos. He is also popular for his acting and facial expressions.

Increasing his popularity on internet platforms, he is also popular on Instagram. Likely, Fahima launched his YouTube channel on May 2, 2020. The channel mostly features videos of vlogs, pranks, reactions, challenges, and so on. His first video, FeroFero’s (BLAIR WITCH – PART 2) was posted on May 21, 2020. Likely, his latest video (THEY DID NOT EXPECT THE SURPRISE!) was posted four months ago on Aug 13.

His net worth must be around $1 million yet it is under review. The star earns from his streams and his internet career. His followers are increased up to 40.0% on monthly records and also has an engagement rate of around 22.4%.

Moreover, he also has endorsements with brands like Expressmen, FashionNovaMen, and FashionNova. He earns around $6.34K – $10.54K from his partnership.

Fahima has been private about his personal life and hasn’t appeared in any rumors in the media. Likely, he doesn’t like to involve in any such controversial works too.

Talking about his facial appearances, he has dark brown colored hair and eyes. He is also for tattoos and has a tattoo of a rose on his neck.

Likely, his official TikTok account also holds 4.6M fans with 190M likes. Similarly, he has his own YouTube channel with 25.5K subscribers.