Posted by MarriedBiography Posted on January 10, 2021 | In Dating , Relationship
Share this 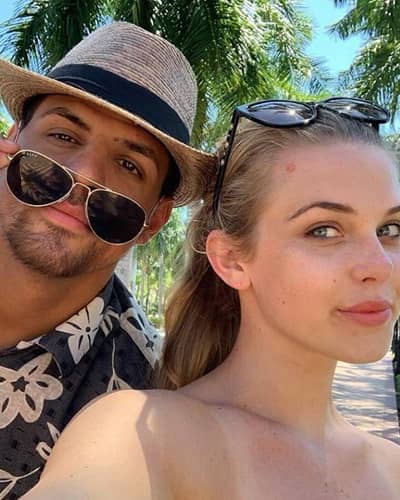 Fessy Shafaat entered The Challenge: Double Agents house and revealed his relationship with Haleigh Broucher. On 6th January 2021, she alleged that they had gotten back together before he went on the show. He revealed,

He opened for the first time about her breakup. In July 2014, Haleigh revealed on Twitter that their breakup was not an easy decision. They made the decision to focus on their relationship. Likewise, she revealed that they tried everything possible to save the relationship. Haleigh was grateful for all the memories, opportunities, and great times that they had together.

On her Patreon account, she revealed that she had changed things so that Fessy would like it. Similarly, she had planned a spot big enough for them, a 2-car garage, and an extra place for a TV for him.

She even claimed that she used to buy his favorite meals. But she was aware that their relationship was not perfect. They had planned to fix and work on things together.

They had agreed to tell everyone that they were fixing their relationship. She said,

“The first steps were just getting him home and then we were going from there. From my weekly phone calls filled with love I had no reason to assume anything had changed.”

Fessy had a problem with Haleigh telling people they are not together. She wanted him to tell other girls on the show that they were working on things. He did not blame Haleigh for their relationship as she is doing things for her. She is currently in Illinois doing a doctorate in psychology.

How did Fessy Shafaat and Haleigh Broucher meet?

Fessy Shafaat and Haleigh Broucher met each other in Big Brother. They were focused on the prize money of $500 thousand for which they had to build alliances, win competitions, and master the unpredictable game. They started dating each other after they had developed feelings for each other.

It was a long-distance relationship for the first time. He lived in Orlando, Florida while Haleigh lived in Houston. Haleigh revealed,

They had a great relationship but things were not going well. They broke up in July 2020.