Updated On January 20, 2023 | Published By: Grace
Share this
Single 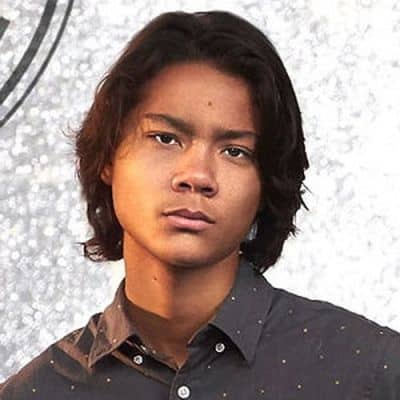 Filip Geljo is currently single and not dating anyone. Being a private person, Geljo hasn’t disclosed any details regarding his past and present relationships. Maybe, Filip is focusing on his career.

Furthermore, Geljo will appear as Aonung of the Metkayina Clan in Avatar 3 (Action-Adventure) in 2024.

Filip was born on 13th April 2002 in Toronto, Ontario, Canada. He is the son of Jasmin Geljo and
meanwhile, his mother’s name hasn’t been disclosed yet. By profession, his father is a Bosnian-Canadian Actor, Director, and Producer.

On the other hand, Geljo holds Canadian nationality and belongs to mixed (Canadian-Filipino) ethnicity.
Regarding his educational background, he has been Home-Schooled, according to the source.

Filip debuted as Lee in The Last Chance (a TV Movie) in 2014. He played the role of Philip in Shahzad (Short) in 2015. In the following year, he played the role of Agent Otto in Odd Squad (TV Series). Besides that, in the same year, he was seen in many TV Series such as Annedroids and Odd Squad: The Movie.

Moreover, Geljo was cast as Otto in Odd Squad: Mobile Unit (TV Series) in 2021. He played the role of Aonung in Avatar: The Way of Water (Action Fantasy) in 2022. Additionally, he will appear as Aonung in Avatar 4 (Action-Adventure) which in Production in 2026.

Filip Geljo: Net Worth and Salary

Currently, Geljo has an estimated net worth of $5 Million. Apart from that, he earns $150,000 per month. In addition, Filip appears to be able to live a lavish lifestyle.

Geljo stands at a height of 5 feet 8 inches and weighs around 58 Kg. In regards to his physical appearance, he has black eyes and black hair. Asides from that, he has a brown complexion and handsome looks.

However, Filip hasn’t revealed any details regarding his whole body measurements and dress
size. In addition, his shoe is size 8 (UK).